The impact of critical race theory within schools 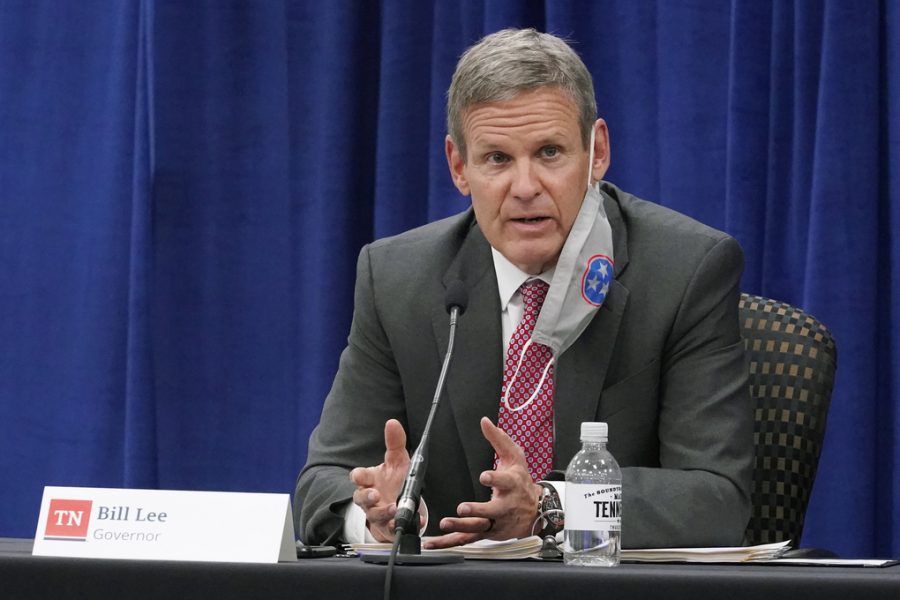 In an attempt to promote the “exceptionalism of our nation” rather than teach things that “inherently divide,” Tenn. Gov. Bill Lee passes Senate Bill 623. Tennessee was among the first of Republican-controlled state legislatures to ban critical race theory from being taught in schools.

Due to the media policy of Shelby County Schools, an employee’s attributed quotes will be referred to as Source A.

When Tenn. Gov. Bill Lee signed the bill that banned the teaching of critical race theory within schools, not much happened. Most teachers already shied away from mentioning this topic, and while this bill has become law, it does not prevent students from acknowledging the privileges of others and themselves on the basis of race.

Critical race theory asserts the notion that racial inequality intersects with many aspects of society, and that as a result, people of color face negative effects that contribute to systemic racism. However, some interpret this as placing blame on all white people for the faults of the American legal system.

“We don’t have a good definition of [critical race theory],” Source A said. “This is an idea that a few people latched onto thinking that what we’re doing is indoctrinating students and teaching them that America is terrible, and every part of America is racist and that white people should feel bad about themselves.”

Much of the opposition toward critical race theory can be traced back to misinformation and unfamiliarity with how prejudiced individuals are not the sole contributors to inequity.

“It shows that everybody is so much more fragile than they let on,” Catherine Kellett (10) said. “People think they can hide behind certain flags or guns or their hateful beliefs, but … they’re afraid they’ll be called out [because] when in reality, we’re all contributing to these systems even if we’re not consciously doing it.”

While some claim that critical race theory divides people and looks for racism in every interaction, others believe it supports that people can come together in spite of their differences.

“A lot of people are arguing that [critical race theory] is harmful or dividing us, but I really think it’s uniting kids because it’s about understanding the people around us,” Kellett said. “A lot of white kids and kids of other ethnicities don’t understand the struggles that kids of other groups go through on a daily basis. I don’t think this would divide us at all if we just understood what our friends go through.”

As of Sept. 2021, almost two dozen states have introduced or passed bills banning critical race theory, which demonstrates how legislatures would rather prevent the discussion of race rather than propose potential reparations.

“The U.S. doesn’t really care about the victims of explicitly racist generational discrimination,” Maddox Stone (9) said. “I think we’re stagnant. We have progressed to a point and then stopped because it’s just not taken seriously. The eyes of the public could see or choose not to see [because] it’s a lot easier to think that everything is fine than we live in a racist country.”

In actuality, the ban on critical race theory has little to no impact on classrooms; instead, it is a means for politicians to win voter support for solving a non-existent issue and to make a statement.

“This is purely political messaging,” Source A said. “The states that passed it have governors that have further political aspirations. This is about sending messages about what you stand for not just to the voters of Tennessee but to the [entire] country.”

Racial disparities continue to exist despite the passage of the Civil Rights Act, and voting equality remains one of the best ways to combat this persisting injustice.

“I think the main thing we can do is ensure that every person is able to vote and that every vote carries the same weight,” Source A said. “[If] every person has an easy time casting their vote, I think that is the best way to move forward. I think demographic changes will give those previously marginalized groups better access to representatives and better voting power, but we have to stop attempting to restrict people from voting.”

Despite the ban, students are not restricted from speaking out and making an effort to learn from others and their experiences, opening conversations about dismantling systemic racism and leaving potential for future improvement within the United States.

“I have certain responsibilities to listen to people even more so sometimes than people of color just because sometimes I don’t realize my privileges,” Kellett said. “I’m happy to try to help. I’m not listening just for my benefit to understand people but also listening for other people’s benefit because just being heard is important to a lot of people.”