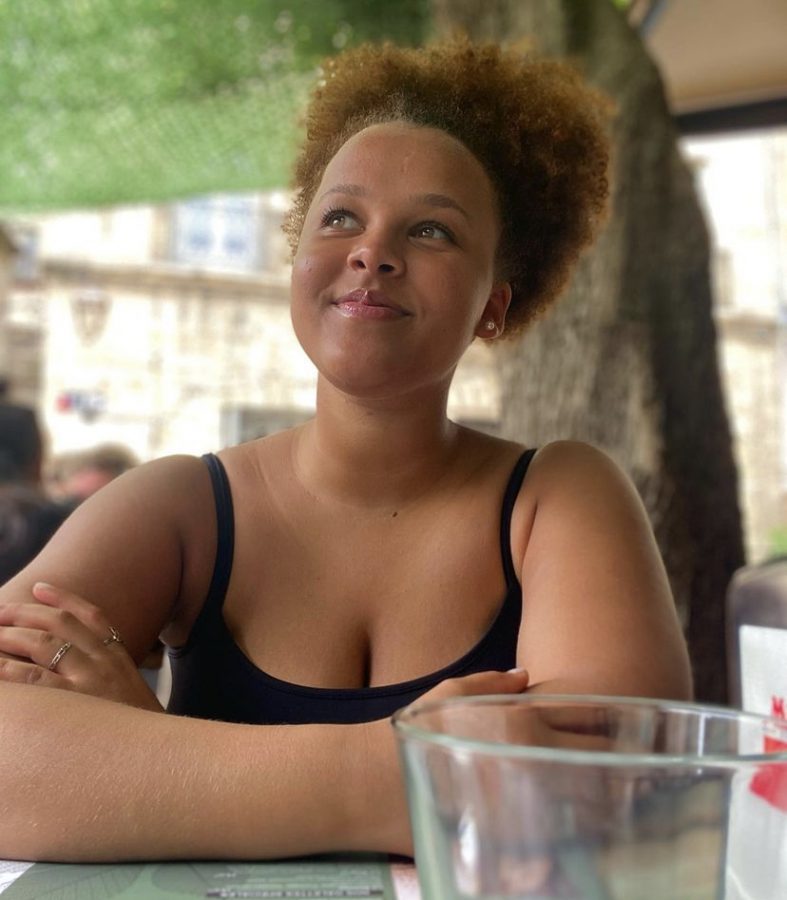 Celia Gross (11) arrives in Memphis, TN after applying to be a foreign exchange student in the United States. Although she traveled all the way from Weinheim, Germany, Gross has become accustomed to her new environment as a student at White Station High School.

A plane from Weinheim, Germany headed for the United States takes off. Aboard the flight, Celia Gross (11) awaits her year as a foreign exchange student at White Station High School. New to the states, Gross has the opportunity to meet new people, experience different cultures and learn through a new education system.

“I’ve just always wanted to do it since I was like ten, so I’m so glad I’m doing it now,” Gross said.

Gross was granted this opportunity through American Scandinavian Student Exchange (ASSE), an international student exchange program, where she applied as an exchange student and selected her country of choice. Residing in Memphis, however, was decided by the program, as students do not get a choice in specific options like state, city or school. After being accepted into the program, Gross got to know her host family through letters and online communication. Not long after conversing, she boarded her flight to the U.S. to meet them.

“An important thing is that the family picks you,” Gross said.“They have different options and they pick which one they think fits the best. I think it’s a really great process actually because the family knows you a bit already.”

At first, adjusting to her new living conditions served as a challenge for Gross. Although she was living in a foreign place and in a house full of strangers, Gross has been able to find comfort in her new home over the past month.

“It was weird at first,” Gross said.  “…  [flying] to a whole different country across the world to a family who you don’t even know that well,” Gross said. “You just need to adjust to their schedule first and to their habits.”

In adjusting to the change in culture from Germany to the states, Gross noticed differences that may go unnoticed by the average American citizen.

“People are way more open here,” Gross said. “In Germany, you don’t say ‘hi’ to each other if you don’t know each other. You don’t just give a random compliment. That’s not how it works in Germany.”

One of the most major differences she adapted to was the change in the educational system. The German schooling system divides students into three separate high schools based upon individual student performance. Schools are also more focused on placing students into careers after completing their education. Gross did not find transitioning into the American schooling system difficult. In fact, she prefers the American format of learning.

“The system here is better because you don’t classify people at a young age,” Gross said. “It’s going to happen eventually, but they are all together and aren’t thinking less of each other because they go to a different school or because they aren’t as smart.”

Another aspect of the American schooling system Gross appreciates is the greater amount of fine arts education. Gross is a music producer, writing, singing and mixing her own songs. She is enrolled in Chorale and enjoys getting to improve her musical abilities daily.

“It’s completely different because we have extracurricular activities once a week in Germany, so it’s cool to have choir every day,” Gross said. “Your vocal cords get trained every day and that’s really cool.”

Extracurricular activities like Chorale allow Gross to make lasting connections with the people she meets in the states. She hopes to keep in contact with her new friends when she returns to Germany.

“She was really open and welcoming,” Yosselin Ojeda (11) said. “She’s talked to me a lot about school and how the system is really different over there.”

Although Gross did not get a choice in her city of residence, she is glad to have been placed in Memphis. Being a producer, she hopes the city’s large music scene will be helpful in promoting her own music. With the whole year ahead of her, Gross is excited for the educational and social opportunities that living in a foreign country provides.