The Taliban’s perpetuation of Islamophobia 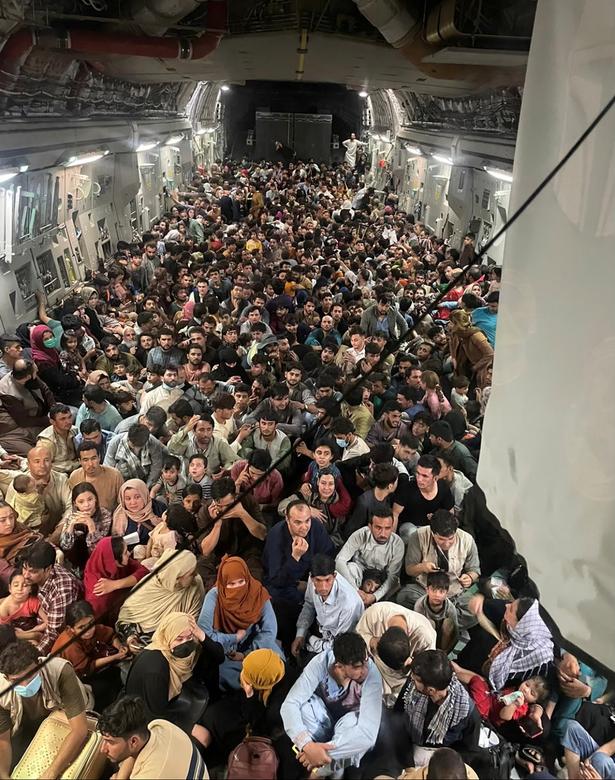 Afghan citizens are pictured crowding the Kabul Airport in a scramble to flee their country. Their home is left in a state of terror following the Taliban’s seizure of power.

As the U.S. began to approach the 20th anniversary of 9/11, another formerly dormant extremist group known as the Taliban resurfaced to seize power in Afghanistan following the withdrawal of American troops. Extremist groups like the Taliban are a major cause of prejudice surrounding Islam. They misconstrue the religion’s values and as a result further the effects of Islamophobia for Muslims, especially in the U.S.

“Since Joe Biden pulled troops out of Afghanistan, the Taliban has gained almost complete control,” Noor Alabes (12) said. “The people are living under what is pretty much a dictatorship. Women especially do not have much control at all.”

After over a decade of American troops being deployed in Afghanistan, Biden’s decision to finally bring the conflict to an end allowed the Taliban to take power in the country. Many have criticized the decision to continue to withdraw all troops, believing that the Afghan people need American aid.

“My reaction to news of the Taliban was fear,” Alabes said. “I was scared for the innocent people, for the children. I hoped the U.S. would open its borders, at least.”

The Taliban are not a new group. In the past, its control has consisted of oppressive policies that do not leave people much autonomy. Because of this, Afghanistan’s people have been flooded with fear and have hastened to flee their country. The version of Islam the Taliban promotes is one of violence and fearmongering- one that completely deviates from the religion.

“Just hearing people talk about the Taliban shocked me,” Nedda Aflaki (11) said. “You never really think you would hear about them again.”

Negative outlooks on Islam are often caused by misconceptions and stereotypes that originate from too much coverage of extremist groups like the Taliban. These groups improperly use Islam as a way to exact oppressive rule and impose power over vulnerable populations. While it is important to cover these issues, only showing a rare, oppressively conservative side of this religion has created a bad image for Muslims.

“Islam is a beautiful religion, but the Taliban and many other similar extremist groups want to use [their own] version of Islam in order to support their views and justify their power,” Anila Fariab (11) said.

The result of these notions has been the overall propagation of negative opinions toward Islam. When a religion is overwhelmingly portrayed antagonistically in the media, the same conception often becomes adopted by many people. Thus, Islamophobia has become a persisting problem in countries like the U.S. who are on the outside looking in on these issues.

“Something I find interesting is the culture around Islamophobia,” Aflaki said. “The ignorance is very shocking. Some people hear small parts of Islam out of context, do no research and simply go with information that can be very wrong or misleading.”

Islam is not a perpetrator of violence, but rather a promoter of peace. The word itself originates from the Arabic word “salam,” meaning peace. The ill actions of terrorist groups do not represent the intentions of the religion as most of the values they promote are not a part of Islam at its core.

“Islam promotes peace and is completely against violence,” Alabes said. “One of our sayings is, ‘Whosoever kills a person, it shall be as if he has killed all mankind.’”