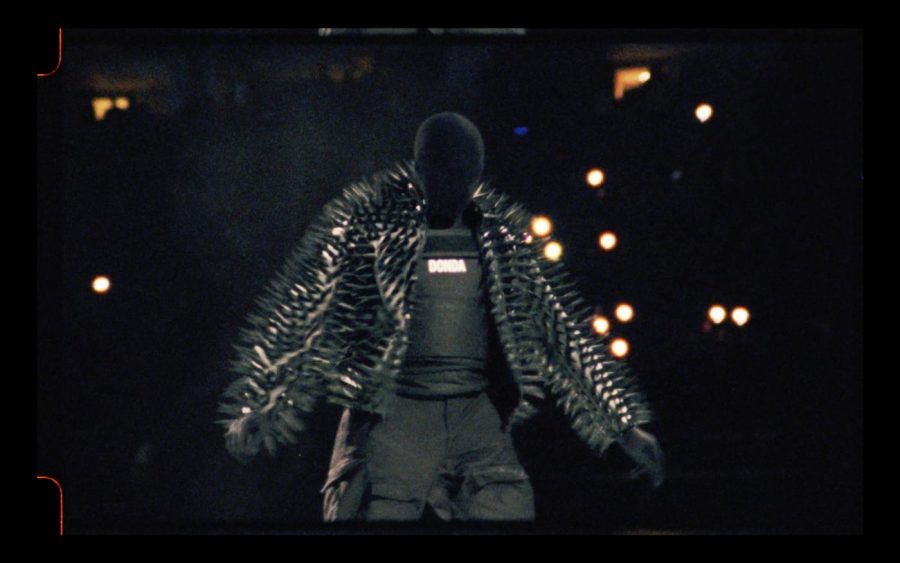 Before “Donda’s” official release in Aug. 2021, Kanye debuts his album at a stadium concert, displaying meaningful visuals and the album’s tracks. With 27 songs in total, Kanye West’s “Donda” has a large range of genres, themes and features that complete the album.

After almost two months of teasing fans and pushing back his release, Kanye West released his latest album ‘Donda,’ stirring up an intriguing array of reactions and criticism. West’s album is composed of many genres including hip-hop, gospel, pop, alternative R&B and more. These genres develop the emotions he has felt towards his religion, divorce, fame and mother’s passing. The range of emotions and creative sounds has broadcasted a contemporary version of West to the world.

“I think it’s worth mentioning how personal this album is for Kanye,” Beau Sorin (12) said. “Most of his albums mean a lot to him, and this one is not the most intimate, but it’s about his late mother, Donda West. He has mentioned countless times how much he loved her and how broken he was because of her death.”

The 52-second opener “Donda Chant” introduces West’s creative interpretation of emotions and loss. Said to mimic his late mother’s heartbeat, this song, paired with many others such as “24” or “No Child Left Behind,” offers the listener a chance to understand the melody and lyrical artistry West is trying to deliver.

“I’m typically not a fan of Kanye, which is why I think it’s crazy that I like this album, but it’s vocally and lyrically beautiful,” Matthew Kelley (10) said. “I think that out of the number of albums that have been recently released, ‘Donda’ is the best. Not just because of the length or features, but simply because it’s a work of art.”

The album’s relatability to the general public’s lives and feelings is a key attraction for listeners. A majority of students can more than likely find a song that they have a strong connection to.

“I don’t even believe in a higher power, but what I love about one of the songs, ‘Jesus Lord,’ is Kanye’s storytelling, which shook me the first time I heard it during the listening party,” Conner Coady (12) said. “It is a fantastic album that can relate to any student going through a lot in their lives.”

With 31 features, the artists West included have brought both praise and hate to the album. The inclusion of artists like Marilyn Manson and DaBaby, dragged in criticisms from many netizens due to the distasteful reputations they have gathered. In addition to celebrities like these, Kanye included many notable names and even added up-and-coming artists.

“There are so many genres and artists featured on this album that will no doubt be some of the best leading artists of the 2020s,” Coady said. “Artists like Conway the Machine, Westside Gunn, Baby Keem and Playboi Carti are all well-rounded artists, and hopefully, this album will boost them to the heights they deserve.”

Generally, the reactions received by fans and even non-fans, towards the album are positive; however, some fans were displeased about the lack of an album cover and the delay of the album. West’s album, although late and atypical, still had enough to offer to make up for the deviations.

“It’s definitely not perfect and far from his best work,” Sorin said. “But because of how good Kanye West is at making music, it’s difficult to outdo the amazing work he’s put out in the past. There

wasn’t a song on the album that I hated enough to skip it completely. It wasn’t worth him lying about the release date for a full year, but it was great.”