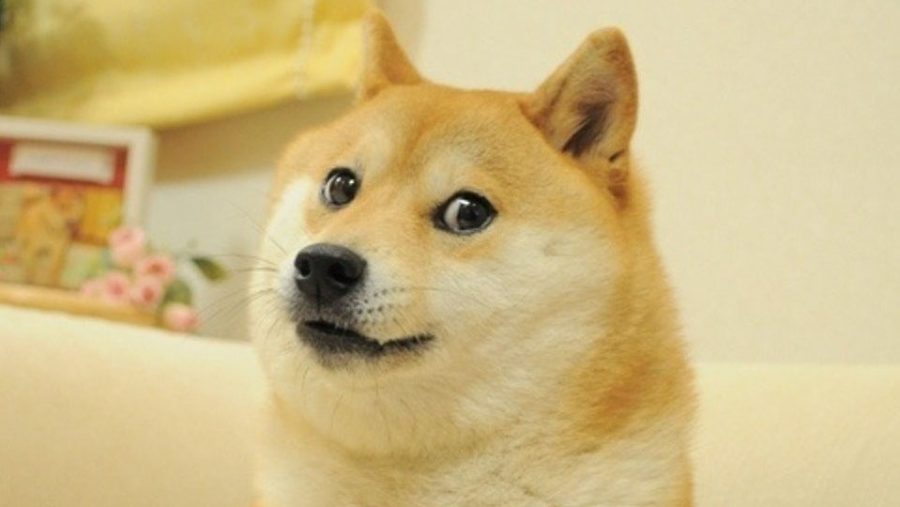 It’s 2016. Scrolling through social media, an image of a cute, yellow dog with impact font scrawled across the top surfaces. It elicits a momentary chuckle. Who would have thought that this simple image would go on to inspire the multi-million dollar currency known as Dogecoin, or that the same people seeing this meme would have the chance to thrive off of it?

“It’s like a cryptocurrency that is unregulated by the government and has a value set on how much other people wanna buy it,” Shawn Meng (11) said. “That’s why the value changes a lot because most of the time it’s based on hype.”

Meng was able to learn about the general practice of investing through his father, who is a novice in the world of stocks and cryptocurrencies. One day, the pair decided to test their luck in the world of Dogecoin, which had recently gained traction within the market.

“We haven’t lost money, but there were certain things that we should have done at certain times,” Meng said. “It’s unpredictable, though. I also feel like maybe we should have invested earlier.”

Exploring the world of Dogecoin and other investment methods can be confusing and even dangerous with values incumbent upon consumers themselves. For this reason, minors are unable to invest on their own. David Robinson (12) jumped on the opportunity to get involved in the process, as he was eager to seek out new, contingent financial opportunities. When Robinson turned 18, he began to educate himself and learned of Dogecoin, which was trending at the time.

“I saw a meme about it and decided to start by investing $10,” Robinson said “So far I’ve done okay in the market, it’s a very volatile situation, and some days I do have regrets and others I do not. Do as much research as possible so that you know that you’re ready for what’s to come. It isn’t easy, but it isn’t hard either.”

Since Dogecoin is an ever-changing environment, it can be very risky for new investors. While Dogecoin was presented as a meme, the money put into it is still very real and can be lost easily. Benjamin Lappin (11) was inspired to get into the cryptocurrency by White Station Japanese teacher Dylan Lira.

“I’d heard about it here and there, Elon Musk tweeted about it, but ultimately I learned about it from D-Sensei,” Lappin said. “I didn’t seriously invest in it with my grandmother until quarantine. I just wanted to support the meme. I’ve invested a certain amount of hundreds of dollars if I can be as ambiguous as possible.”

What started as a joke for Lappin quickly became an actual commitment. It was imperative for him to conduct proper research and preparations. If not, Lappin, as many others have already experienced, could have lost outrageous amounts of money. Fortunately, he was smart during the experience and, though his investments were originally made for the sake of sheer fun, he was able to gain in knowledge and in finances.

“The turnout has been way more than others would believe, but even if I lost it all, it was a wild ride and I don’t regret it. Do your research, and don’t just listen to whatever TikTok is viral.” Lappin said.

As a high school student, it may be too early to begin investing in Dogecoin or other cryptocurrencies and stocks, but it is not too early to begin researching if interest has been sparked. This way, when the time is right, students will have the opportunity to start strong in their investing journeys.

“Elon Musk said that fate loves irony when he talked about the potential success of Dogecoin. Cryptos are weird and risky,” Lappin said. “As D-Sensei says, ‘be smart and remember- buy Dogecoin.’”