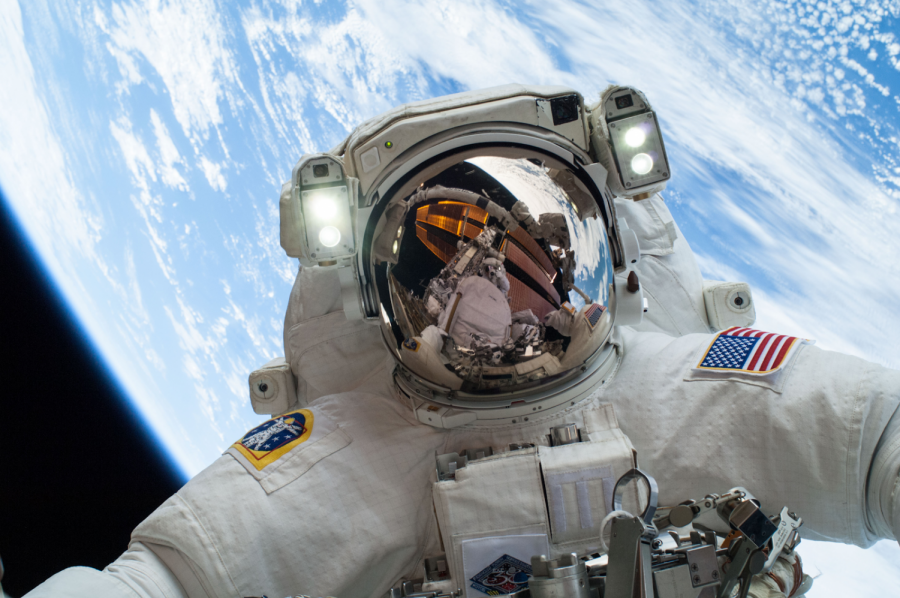 Sometimes spending over a year on the International Space Station (ISS), NASA’s finest astronauts orbit the earth in the state of the art modular space station. Through the ISS, scientists are able to research and experiment with the latest technologies.

“Houston, we have a problem,” astronaut and pilot Jack Swiger famously uttered as he realized his spacecraft, Apollo 13, would not be able to complete its lunar landing. Even 50 years ago during that mission, people were curious about the development and future of space. Now that a moon landing has been achieved, along with scores of other technological advancements, scientists are furthering space travel and exploration to an entirely different level.

“Exploration of space should be continued because of reasons like creating jobs, providing information on our own planet that we can use, but also to better our understanding of the universe and gain knowledge,” Anthony Bruce (11) said. “All we have ever known is living on Earth and using the Earth’s resources; looking farther than what we have always known is part of human curiosity.”

Though it comes with a high initial cost, space travel is an investment into the future of humanity. Less than 1% of the universe has been explored, so there are unfathomable potentialities for development of the final frontier.

“I do believe that space exploration is a worthy investment because it allows for our knowledge to become even more vast,” Maanasa Yepuru (11) said. “I think that money doesn’t matter in the face of knowledge.”

Not only is space exploration an asset to future technology, but it also has many perks that can better day-to-day life. With the help of space travel and the knowledge granted by it, scientists have found many ways to profit in the not so distant future.

“Space exploration, whether light years away or just outside our atmosphere has many long-term gains that would pay off the costly investment,” Bruce said. “Among these things, satellites being placed are incredibly useful to predict natural disasters, measure pollution, and provide information on our growing problem of climate change, giving us a better chance of understanding and saving our planet to the best of our ability.”

The Feb. 2021 landing of the Perseverance Rover on Mars has elicited an increase of discussion about the possibility of extraterrestrial life. While the rover seeks for signs of ancient life and collects samples of rock, all on Earth patiently await news of a significant discovery.

“I think this shows how far we are willing to go to answer our own questions and dive deeper into the unknown, along with the incredible technological advancements we are able to create so quickly,” Bruce said. “In specific to the Perseverance Rover mission, I think it is an amazing way for us to physically look at and examine a piece of space, something that is hard for us to do for any other planet.”

The Perseverance Rover is just one example of many ways that space travel can change the future. Armed with knowledge, scientists continue to explore space as an outlet to advance earthly society.

“We should continue to explore space to expand our knowledge on earth and other planets,” Lauren Buczkowski (12) said. “We never know if we’ll discover something amazing that will change what we’ve known forever.”