The ins and outs of fatphobia 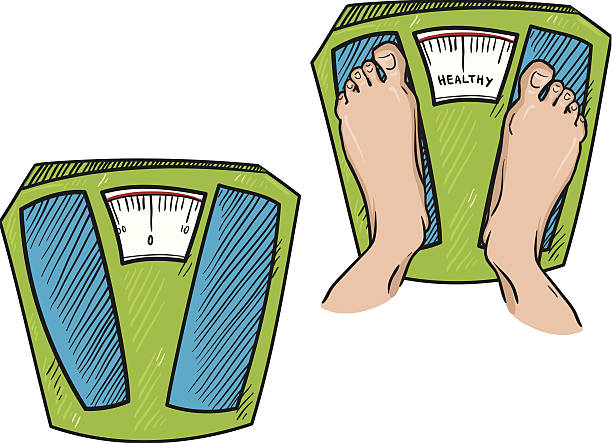 People tend to assume being above or below a certain number on the scale or their Body Mass Index (BMI) defines their health, but this is largely inaccurate. According to dietitian Cindy Smith, BMI was created as a measure for insurance companies, and not a single dietitian was behind its creation. A low or high BMI does not guarantee that someone is malnourished or overweight because genetic makeup and muscle mass are not accounted for in BMI.

Fatphobia does not solely refer to the dislike of obese people or prejudice faced by people who are considered overweight.

“Fatphobia means two different things: one that people are very afraid of being obese or overweight, or it can mean … because of [obesity], people are very scared of what their intake of fat should be,” Cindy Smith, dietitian and owner of Nutrition Care in Saltillo, Miss., said.

Often, the victims of fatphobia are from lower-income classes or struggle with consuming sufficient nutrients to properly fuel their bodies.

“A lot of people that are obese in America are poor, [live in] food deserts and are also undereducated, and I think that improving those issues will also reduce the stereotype around [fatphobia] and actually improve people’s health,” Jessica Carroll (11) said. “A lot of those negative stereotypes are based on poverty and racism … Helping those issues overall would also help with fatphobia because it’s a symptom of a lot of larger issues.”

The lack of representation in educational material perpetuates the stigmas against people who are overweight.

“The health book encourages us to work out 90 minutes a week and maintain a healthy diet because ‘a healthy body means a healthy mind,’” Ally Wright (9) said. “I agree that this is important, but their examples of people who maintain a healthy diet and mind are the problem. There are little to no examples of bigger people who are healthy … Overweight doesn’t necessarily mean unhealthy. I think they should express this idea more in health classes.”

Those suffering from fatphobia limit their diets and practice calorie counting or intermittent fasting due to the fear of their weight increasing.

“A number on the scale is truly just that,” Smith said. “It is not who you are. There are kids even 8 or 9 years old that are having [eating] problems … because they have seen their parents or grandparents do it. It’s becoming embedded in people … There are no bad foods; everything can fit in moderation.”

While fatphobia stems from many factors, social media heavily contributes to how people perceive beauty and normalizes microaggressions against fat people.

“I think that as a society, we don’t do a very good job of propping up people of different body shapes and making them the beauty standard,” Carroll said. “Even as we have gotten more inclusive of body types, a lot of people still do it in ineffective ways. You’ll see a curvy person, and then people will make comments about how ‘brave’ they are, but … Why can’t you just acknowledge someone’s beauty?”

Decreasing levels of fatphobia in every generation necessitates a greater sense of inclusivity. Too often, children learn that “fat” is a bad word and are subconsciously influenced by the prejudices of their parents.

“I think a lot of people just need to be more accepting,” Morgan Goldstein (11) said. “A lot of the responsibility for that falls upon early education and early upbringing because [fatphobia is based on] a person’s moral compass, which more often than not is decided by how they are raised … I think that is the biggest part in eliminating fatphobia and any other forms of bigotry or discrimination.”

Although fatphobia is seen as an issue mostly faced by women, discomfort with body image is not limited to any gender, age or ethnicity.

“I’ve definitely felt badly about myself,” Goldstein said. “I have more fat than I’d like — and by no means am I obese — but it’s still in the realm of which I can imagine what it would look like if I didn’t have this excess fat. And you know, sometimes it’s embarrassing to even go out in a swimsuit. It’s those subconscious things that prevent you from doing those things that you otherwise would; it’s really impactful in daily life.”

Teenagers are so profoundly impacted by the opinions of their peers that their ability to express who they are is restricted.

“Body image nowadays is huge,” Smith said. “What we see with teenagers is the fact that it is all about someone else’s perspective of them. They want to look good for everyone else and have friends … [but] the size of your body has nothing to do with a person’s personality. So much peer pressure is put on teenagers on how they look that a lot of times they do not even have a chance to be their own selves … We need to take people for who they are.”