Get to know the business behind school pictures: Jimmy Alford Studio 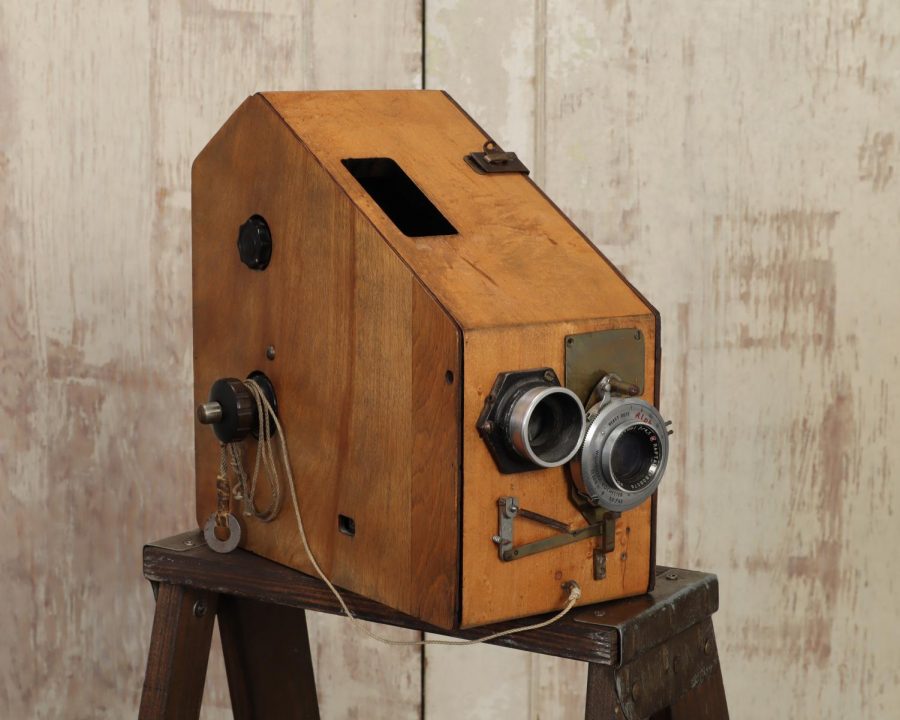 The school day cameras used by Brys Portrait Studio in the 1950s boasted simple technology: limited mobility, a large outer shell and a long line of film within the interior. On the side of the cameras, washers attached to string would be held in front of the lens by the photographer to artificially focus the camera.

You flip through the pages, poring through the neatly arranged rows and columns of class pictures before shifting focus to the club, sport and activity snapshots lining the pages. The yearbook captures the people and memorable events of the school year, only possible because of Jimmy Alford Studio and their photography partnership with White Station.

Originally named Brys Portrait Studio in 1952, the shop operated in downtown Memphis under the ownership of Jimmy Alford and earned its revenue primarily from baby pictures, marriage photographs and services for other special events. When the studio closed, Alford founded Jimmy Alford Studio, hoping to tap into an untouched market: school photographs.

“Back in the day, they did not allow school pictures in the school,” Wes Alford, son of Jimmy Alford and current owner of Jimmy Alford Studio, said. “There were no school photographers. And my dad went and met with the assistant superintendent… and said, ‘You know, why don’t y’all let us come in and shoot some pictures?… It’s more convenient instead of having students drive to a studio.’… That’s how we got started.”

Jimmy Alford Studio was the first to create formal business arrangements with Memphis City Schools. Through the late ‘50s and ‘60s, the business was able to expand its services to many schools in the district, including White Station High School.

“We’ve been taking pictures at White Station since it opened,” Alford said. “A matter of fact I still have contracts that go back to 1963, and the first contract said Brys Portrait Studio.”

Past decades have seen the relationship between White Station High School and Jimmy Alford Studio prosper, and each year the school requests for other services than student yearbook pictures.

“We use them for senior photos, school photos, dance photos, homecoming pictures,” yearbook sponsor David Pentecost said. “They always are there for me whenever I call and have any kind of issues or need anything from them … especially Wes Alford, their owner.”

White Station High School is not the only contractor of Jimmy Alford Studio; in fact, the studio serves dozens of public and private schools in the 11 counties within a two-hour radius of Memphis. The studio’s large-scale business operations have been made possible through their workplace efficiency, a certain advantage Jimmy Alford Studio holds over its competitors.

“We do our own work, and we have our own lab, so we can get things back quicker,” Alford said. “And then we’re in charge of the quality control instead of letting an outside lab — maybe from a different state — produce the pictures.”

With school photographs constituting an enormous fraction of business, Jimmy Alford Studio experiences three peaks throughout the year: late fall (grade nine through 11 pictures), early spring (kindergarten through grade eight), and mid-summer (senior pictures). The studio operates closely with each school, working diligently to provide accurate and quality pictures for each school it operates with.

“Once they’ve gotten all of those pictures… they actually send a CD to the school, we upload that to Studio Works — the software that we use to create the yearbook — and it flows onto the specific spreads,” Pentecost said. “That’s the end process. All of those pictures are kind of flown into those spreads alphabetically. ”

The process of sorting pictures, analyzing the color of the photographs and transferring them to a disk is one of the many technical aspects behind the scenes of Jimmy Alford Studio. With camera technology improving rapidly over the past three decades, Alford has encouraged his employees and business to be more adaptive and innovative.