What’s all the buzz about?

Anime has steadily gained worldwide recognition since the ‘80s, and, in recent years, its popularity has skyrocketed. But along with its popularity has also come notoriety – negative stereotypes and a lack of understanding still repel many from watching.

“I think the main reason is because it’s not American, so people just don’t know a lot about anime,” Akaia Bobo (10) said. “And because it’s a cartoon, too – a lot of people want to see real people acting… plus, hearing it in Japanese may intimidate them.”

Though cliches pervade the anime industry (most fans are bound to encounter high-pitched voices, slapstick comedy and melodrama at some point), anime is by no means confined to these tropes. The industry is incredibly diverse and contains countless unique plots, genres and themes, some of which, contrary to popular belief, are far from kid-friendly.

“I think people aren’t expecting it to be that deep or hard-hitting,” Kirana Richmond (9) said. “A lot of anime are actually targeted towards all age groups and contain themes that are much deeper and sadder. I think it does a really good job at making human emotions feel real.”

The absolute freedom awarded to writers is a key aspect of anime’s appeal – time and time again, creators have demonstrated they have no issue stretching boundaries and engorging the imagination.

“Most anime are based on [Japanese comics called] manga, which are created by just one author,” Drew Davis (12) said. “They are given full creative control over their stories, and it doesn’t have to go through corporate filters. It’s allowed to be a pure expression of the author to you. I don’t necessarily think the animation itself is unique – it’s the stories.”

If you’ve ever been curious about anime, these series are a must-watch for first-time viewers. 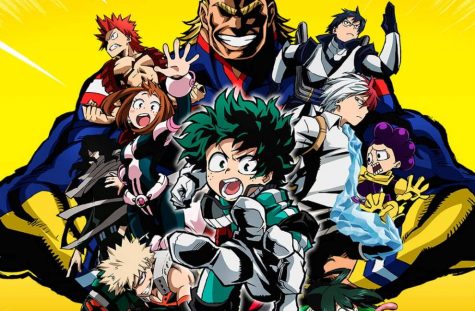 Follow Izuku “Deku” Midoriya as he navigates the turbulent world of heroes, where most of the population are gifted with unique superpowers known as “quirks.” Though Deku is one of the few born quirkless, he is immensely determined to attend the world’s most prestigious hero academy, U.A. High School. Owing to his lack of superpowers, there doesn’t seem to be much hope for him; however, after a fateful encounter with All Might, the greatest hero of all time, Deku gains a secret ability that secures his spot at U.A. Though earning admittance to the academy may have been Deku’s greatest hurdle yet, it still pales in comparison to the deadly threat that awaits the students of U.A. High School.

With a lovable and well-rounded cast, great pacing and loads of action, “My Hero Academia” is a solid choice for anyone’s first anime. 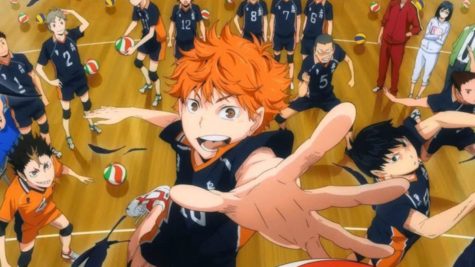 Ever since he witnessed the legendary Karasuno High School volleyball team compete at nationals, Shoyo Hinata has become a fervent player of the sport and dreams of attending the renown high school. At first glance, Hinata’s short stature causes most opponents to belittle him, but after seeing him in action, no one can doubt his abilities. His superb athleticism, coupled with his fierce determination, give Hinata cat-like reflexes and a jump that soars higher than anyone else’s. And when he faces Tobio Kageyama, the supposed “King of the Court,” a rivalry like no other forms. But what happens when the two must play on the same side of the net in high school?

“Haikyuu” is currently the most popular sports anime, and for good reason, too. It’s the total package – an endearing cast, extreme hype and intensity surrounding the volleyball matches and an engaging plot that reveals immense character growth. 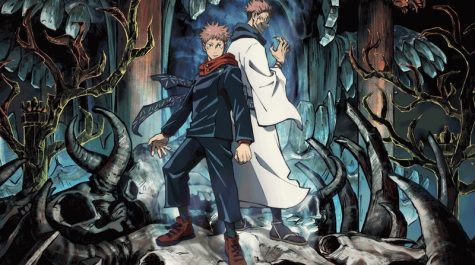 Yuji Itadori is a laid-back high school student with a terrifying ability – after swallowing one of the cursed remnants of the legendary sorcerer Ryoumen Sukuna, Itadori becomes the vessel of the fearsome being. Itadori uses Sukuna’s powers to conquer other cursed spirits, determined to save others unconditionally – a promise made to his deceased grandfather. In an increasingly deadly world, Itadori must join forces with the honorable Jujutsu sorcerers to seek out and demolish his enemies.

Though the anime is still airing (a disappointment for those who enjoy binge-watching), “Jujutsu Kaisen” has quickly proven its worth and continues to demonstrate massive potential. The show seamlessly combines comedy, action and horror, and it also incorporates a fun cast of characters who each displays intricate and unique powers. 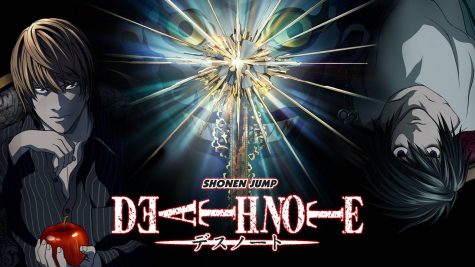 Light Yagami is just like any other Japanese high school student – that is if you’re willing to ignore his striking good looks, immense popularity and superb intelligence. However, any trace of normalcy quickly slips away when he stumbles upon the Death Note, a supernatural notebook that has the uncanny ability to kill. Light chooses to use the notebook to purge the world of criminals, but not without consequence: governments quickly catch on to the killings and vow to hunt down the anonymous culprit, whom the world has dubbed “Kira.” Among the pursuers is the world’s greatest detective, known as “L,” whose real name and face remain a mystery. The result is a riveting showdown between two relentless geniuses.

“Death Note” is one of the most popular anime series of all time, and it is often the most-recommended show for first-timers. The first episode is rather expositional, but an ingenious twist in the second episode will hook just about anyone, setting the stage for one of the most mind-blowing mysteries and engaging rivalries in all of anime. 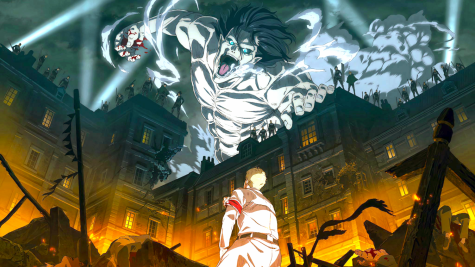 When driven to the brink of extinction by man-eating titans, the last of humanity confines itself within three towering walls, and thus begins an era of peace and protection. Though the titans pose no threat to day-to-day life, Eren Yeager knows humanity’s current condition is like a ticking bomb – who knows when the titans will next attack, the comfort of the walls stripped from humanity forever? When Eren’s worst fears are confirmed, and the walls are infiltrated by vicious titans, the gory mayhem that follows seals an unwavering resolve within him – to exterminate every last one of the titans.

“Attack on Titan” steals the number one spot because of its top-notch animation, dazzling fight scenes, thrilling mysteries (beware the spoilers…) and incredibly admirable cast of characters. This anime lives up to the hype. ‘Nuff said.

These series are found on an array of streaming platforms, from Netflix to Hulu to HBO Max (a quick Google search will let you know the best places). If you find yourself becoming an avid fan, a subscription to the top-rated anime streaming service Crunchyroll will satisfy all your needs.

The sub vs. dub debacle

An adamant (and rather infamous) faction of the anime community swears that watching anime with subtitles (sub) is the only way to go, while watching shows voice acted in English (dub) might as well be equivalent to committing a crime. These fans should not be taken seriously. While there certainly exists a heap of awkward dubs, there are also tons of great ones out there, including that for “Death Note.”

If you’re a first-time viewer who is unsure of which to choose, I recommend listening to snippets from both versions of an anime to make an informed decision. While I think the voice acting in the sub is usually more reliable, you never know until you watch for yourself.

“I think that people shouldn’t write off dub, especially if you’re new,” Davis said. “You kind of naturally transition to sub anyway, usually because you find something that’s currently airing or that doesn’t have a dub and you just have to.”

The tip of the iceberg

These recommendations merely brush the surface of the countless shows and genres fans can find. From cheesy romance to epic action to compelling mysteries, there is an anime out there for everyone.