The pros of content trigger warnings in social media 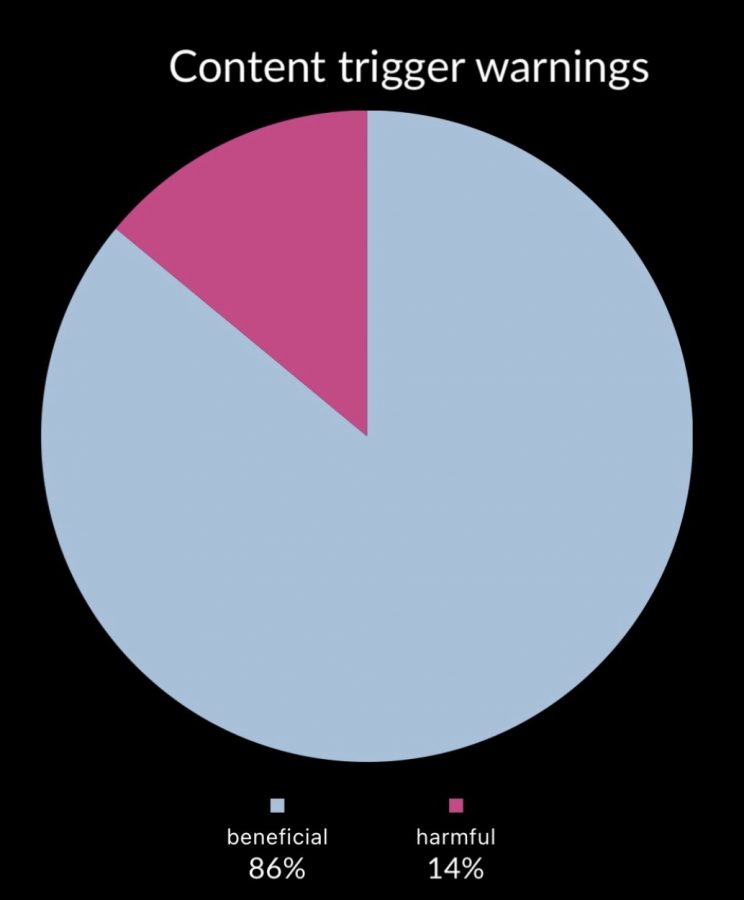 A poll posted on the Scroll’s Instagram story reveals that the majority of students believe in the overall benevolence of trigger warnings. Out of 66 votes, 57 voted for the warnings being more positive, and seven voted the opposite.

The majority of social media platforms give users the liberty of posting whatever they want with some guidelines. During the last couple of months, multiple sensitive topics in need of content trigger warnings have been trending in social media.

“[Currently in social media,] I see more of violence or suicide or rape or rape allegations,” Ashley Perez (11) said.

Trigger warnings were originally created to protect people from reminders of past traumatic experiences. Some people are affected by certain topics such as suicide, abuse and animal cruelty, and could be caught off guard by unsuitable content.

“It’s a good thing that [social media] has it…It might save someone from seeing something that they actually don’t want to see,” Orlando Booker (11) said. “It’s always good to have a choice.”

“People would like to know [graphic content] is coming, before it comes,” Booker said. “When I see them, I automatically brace myself to see something totally outlandish and crazy.”

The option to simply skip the post is also available to people in apps like Instagram, Facebook and Twitter. In addition, these three apps have a setting which allows the user to filter out negative words and comments beforehand. The trigger warnings then continue to do their job and obscure the post.

“Certain people should not view certain things,” Perez said. “If it is something related to what they are going through, it may affect their trauma.”

Some people presume that content warnings encourage people to be less educated about difficult topics, but it actually does the opposite. Instagram, Facebook and Twitter are prime examples of apps that contain multiple accounts dedicated to the education of other users about sensitive and difficult topics. These pages contain warnings about their content beforehand to reduce potential harm.