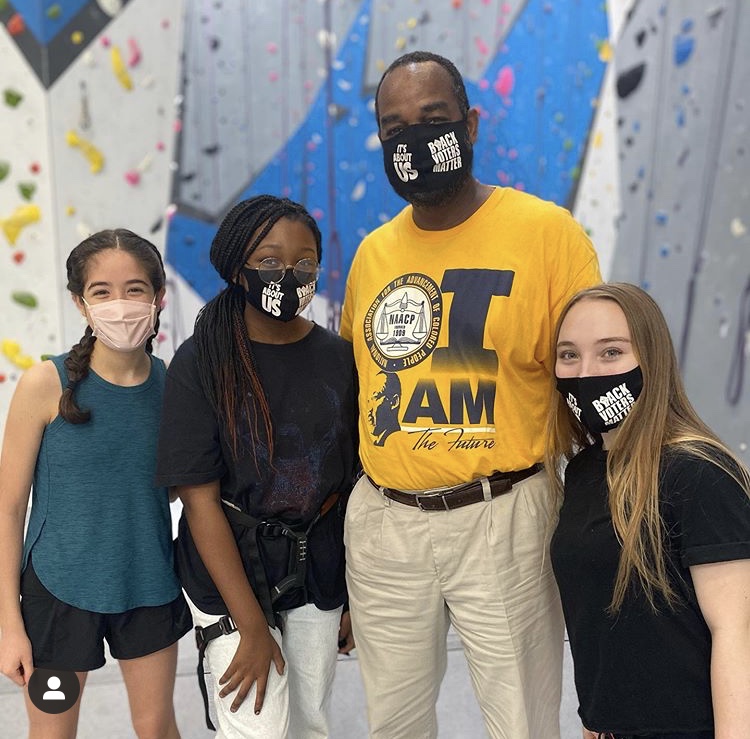 Since 1765, with calls for no taxation without representation, Americans have fought to have their voices heard, and yet, around half of the population today doesn’t vote. With the Presidential election creeping around the corner, Ira Sharma (9) decided to change this by helping found Young Women Against Injustice (YWAI).

“Young Women Against Injustice is an organization that two friends and I founded in May of 2020. The murder of George Floyd had just happened and we were all very upset about it… we were very fed up and we wanted to do something for our community,” Sharma said.

Although Sharma and her fellow members, who are all between the ages of 13 and 15, cannot yet vote themselves, they believe that every vote matters. Despite their age, they are determined to help others use their vote and to impact their government.

YWAI quickly drew the attention of other like-minded girls who understood the importance of politics. Carolina Calvo, an eighth-grader at White Station Middle School, was thrilled to join the group and to contribute her ideas.

“In this group, I’ve made new friends who have the same interests as I do… and to know that we are making an impact on our community is inspiring,” Calvo said.

Calvo’s motivation for her role in YWAI can be contributed to her passion for politics.

“Politics is important because it’s everywhere in our life and if we’re not knowledgeable about politics, nothing is going to change. People complain all the time about why things are the way they are but if they don’t go out to vote or they don’t really care about politics then there’s nothing you can do about it.”

For YWAI’s first event, Sharma, Calvo, and the other members decided to focus their effort on the upcoming election by hosting a voter registration drive with partner Memphis Rox.

“It was a week-long and we wanted to make it more fun for young people. On the last day, there were free Mempops for everyone and if you took a picture showing that you registered at Memphis Rox you could get a free day pass,” Calvo said.

Young Women Against Injustice registered 80 people at their first voting drive, and, despite their success, wish to make an even greater impact. The members are already putting new ideas into motion for upcoming events.

“We hope to hold a political debate contest to increase young people’s engagement in politics. We wanted to do it in real life but corona threw a dent in that for now,” Sharma said. “We were thinking you would be given the topic the day of the event and you have to come up with an argument based on what you believe in. It is more important and makes it more political than factual.”

YWAI is rapidly expanding, with already 15 new applicants.  By clicking the link in the Instagram bio of @youngwomenagainstinjustice, anyone in the community can get involved by offering suggestions or applying for membership.

“We’re empowering people, especially young people, to go out to vote. As a group, we are helping people to use their power. We want to make them aware of what they can do politically by getting young people excited about politics,” Calvo said. “People say that they aren’t really into politics but politics is in everything. Every choice is politics.”