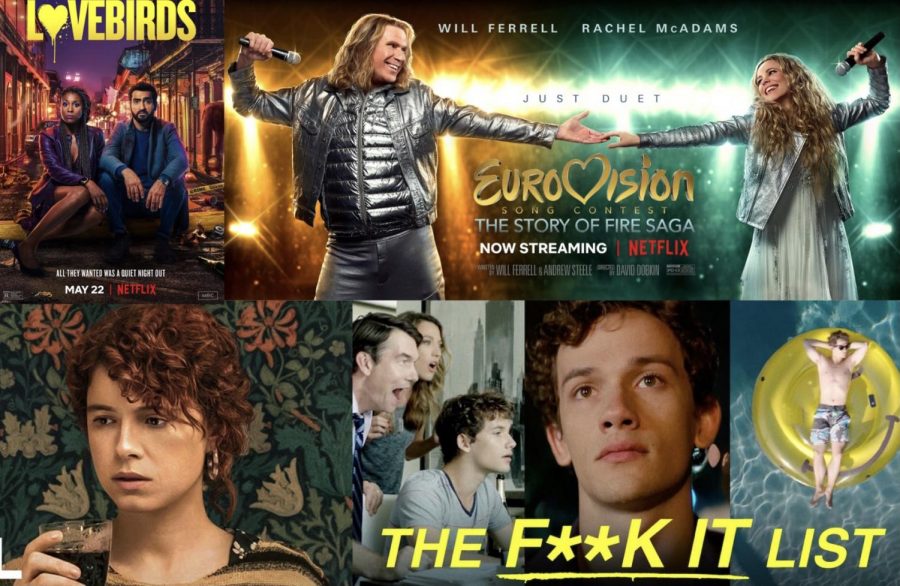 Netflix provides users with plenty of new movies to watch while staying safely socially distanced at home. With this list of 4 extraordinary movies, there is one to entertain every person.

After much conversation, Skylar Robinson (10) logs into Netflix Party to watch a movie with her friends, despite their continued physical separation. Since quarantine began, there have been many social changes, even down to the way one watches a movie. The shutdown of Malco Theaters in late March has led many students to explore new movies and shows available through online streaming services such as Hulu or Disney+. Summer 2020 held many new titles that wowed and intrigued watchers, including this top 4 list of movies, all available through the streaming platform Netflix.

Centered around all the goods and bads of graduating high school and viral internet challenges, The F*ck It List is the perfect summer movie for Gen Z. It follows the life of Brett Blackmore, who unintentionally starts an internet trend similar to the recent “Until Tomorrow” challenge from Instagram. The “Until Tomorrow” challenge prompted users to post something casual or embarrassing, keeping it up for 24 hours and deleting it after. In the movie, Blackmore posts a video with a list of everything he wants to do, practical and not. After going viral, he faces several repercussions from his post, while simultaneously inspiring others to make their own list. Although cheesy, there is a perfect ratio of romance, light-heartedness and even the topic of choosing a path after high school.

“I took away that you don’t always have to do what society says is the right thing to do,” Robinson said. “I feel like everyone could watch this movie, but it definitely resonates more with this generation.”

If you are looking for a musical comedy complete with Will Ferrell’s shenanigans, this is the movie for you. The audience follows aspiring singers Lars and Sigrit’s journey from a small town in Iceland to a global music competition. The combination of Icelandic accents and extravagant costumes allows for a humorous tone to complement the growing romance between the musician duo.

“It’s got a bunch of singing and drag queens, so you can’t really go wrong there,” Felix Gilbert (10) said.

If you are searching for a more serious, mind-boggling movie, I’m Thinking of Ending Things is a great choice. . Similar to episodes of Black Mirror, this movie takes the audience on a confusing and interesting path. What starts off as a seemingly normal story of the unassuming couple Jake and Lucy, it takes a turn for the worse when Lucy accompanies Jake to meet his parents. After the meeting, unnatural behavior and events repeatedly occur. This film lacks the obvious scary characters that most horror movies consist of, but it does not fail to keep viewers on the edge of their seats, wondering what is going to happen next.

“I definitely think you have to be interested in this genre and that not everyone would get it,” Olivia Morgan (10) said. “I’m still thinking about some parts, but I like that it is one of those movies where at the end, you just stop and think, ‘What just happened?’”

Last but certainly not least, The Lovebirds is perfect to watch with friends and family. With representation of interracial couples, this romantic comedy tells the story of Lailani and Jibran, a couple who wind up getting tied to a murder. While trying to learn more about what actually happened, the couple ends up with more trouble to deal with. Their relationship grows stronger along with the many comical incidents they encounter.

“I enjoyed The Lovebirds because of the representation of people of color in the movie and how funny the movie was in general,” Tejasvi Epuri (10) said.

Although it’s very difficult to pick the ideal movie for every Netflix user, this list of 4 new summer-release films will leave everyone with at least one new favorite.