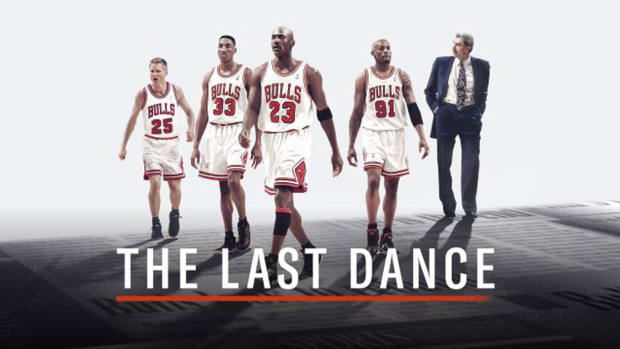 ESPN released the 10 part documentary on April 19, 2020. The sports documentary is mainly about the star’s time playing for the Chicago Bulls in 1997 and 1998.

On April 19, 2020, ESPN released the first episode of the ten-part miniseries sports documentary, “The Last Dance.” The series focuses on basketball legend Micheal Jordan and the seasons he played for the Chicago Bulls in 1997 and 1998.

The miniseries brings light to Jordan’s point of view during his time on the team and some behind the scenes drama that happened during the seasons. The documentary shows live footage from a crew that had an all-access pass to the Chicago Bulls during the NBA season.

Labron Pritchard (10) learned about behind the scenes drama that people didn’t really know about.

“I was surprised to hear about the Isiah Thomas and Michael Jordan feud after hearing that [Thomas] walked off the court when Jordan beat him in the Eastern Conference Finals,” Pritchard said.

Jordan shard some private moments like the death of his father during the season and the death of his friend, Kobe Bryant. In the interview looking back at the moments, Jordan was very emotional and still grieved about the life-defining moments.

“In the documentary, Jordan said that Kobe Bryant was like a little brother to him,” Mary Pittman (10) said. “They had a special bond like brothers.”

There was footage that showed one of Jordan’s most famous achievements– scoring his legendary 63 points in the NBA playoff game against the Boston Celtics and other record-breaking scores during basketball games.

“I wanted to win… I’m only doing it because it is who I am. That’s how I played the game. That was my mentality,” Micheal Jordan said.