Class of 2020 Seniors build replicas of White Station in Minecraft 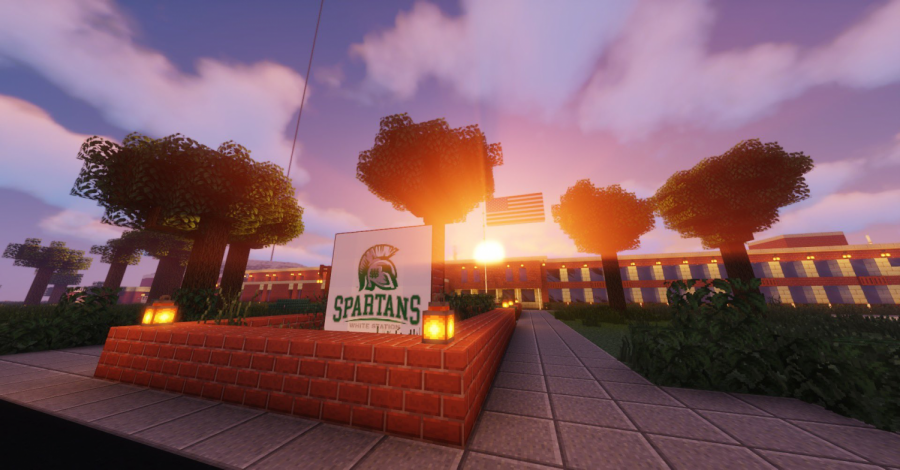 Despite seniors not physically being able to spend their final days on campus,  Mark Rawlinson (12), Jonathan Zhang (12), Takuma Walter (12) and many more students created opportunities to visit virtually.

Zhang, Walter and eight others set a goal to finish an accurate Minecraft replica of White Station in 24 hours. Out of the potential for recognition in the yearbook and amusement, they set off to finish in time.

“[University of Pennsylvania] made their campus in Minecraft, and I thought of doing it for White Station,” Zhang said. “But after that… one of the yearbook staffers said that we could get it in the yearbook if we did it in a certain time frame.”

After seeing what they had done, Rawlinson created his replica of White Station. Rawlinson, with the help of friends, built the outside and inside of the school.

“I think the hardest part was getting the proportions of the buildings right,” Rawlinson said. “I used Google Maps, I used pictures from Instagram..I went out and took pictures, and I also found blueprints online.”

Rawlinson made it so others could access the building online and see it for themselves, posting a video and this information on social media. The team who created the earlier model decided against this, due to their relationship with the server after they created it.

“They wanted us to make it public, but we never ended up doing that, because we kind of got tired of it after 24 hours,” Zhang said.“It was a pretty intensive project.”

Each server had different results, but one knows that any White Station student seeing all their hard work produces school pride and a positive thing to think about during this dark time.

“It’s the one place I go to all [the] time and I hold the most memories too—and I miss it, to be honest,” Rawlinson said. “It might sound weird, but I do miss it and I enjoy being at school and since I’m a senior I won’t be able to go back again.”