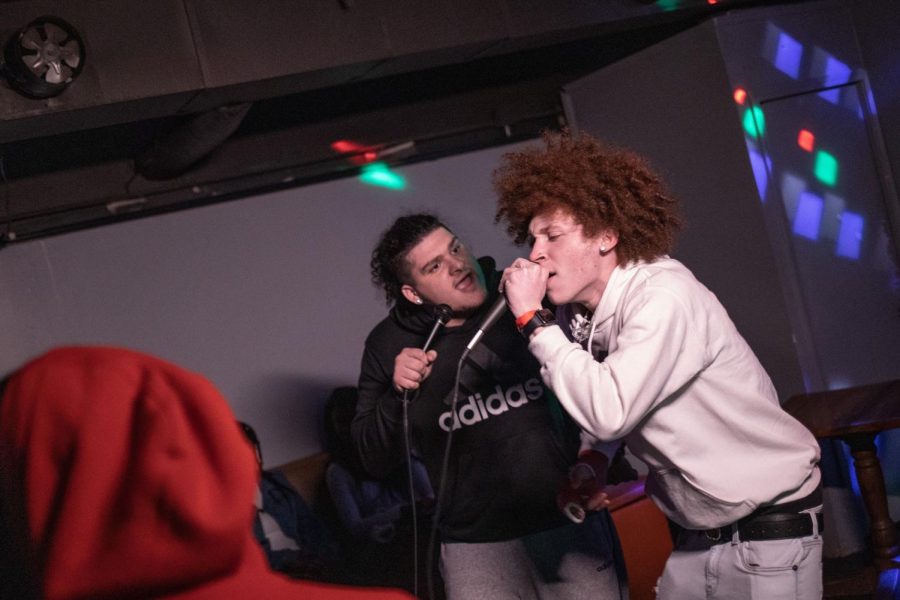 The Draco Bros take the spotlight with a fervent rap performance. The Memphis-based rapper duo has been active since 2015.

A steady pulse palpitates throughout the city of Memphis: from the rushing Mississippi River to the bustling Beale Street, the Bluff City is alive with rhythm, and this is especially true of the city’s diverse world of music. Soul, blues and rock n’ roll have defined local music and culture for decades, but there exists another genre that is uniquely Memphis: rap.

The never-ending list of successful rappers who hail from Memphis is a testament to the city’s thriving rap scene. To name just a few, there’s Yo Gotti, Juicy J, Three 6 Mafia and Project Pat, and more recently, NLE Choppa, best known for his 2019 breakout single “Shotta Flow,” has made his name known nationwide, representing Memphis as a cultural hub for rap music.

“I genuinely think Memphis is the best place to make music right now… there’s a new rapper every single week, and it’s just a really good place to come from, especially since you have really popular people coming out,” Jonas Boughter (11) said. Boughter himself joined the rap scene in 2019 with his single “Capsized” gaining steady traction on Spotify and Apple Music.

Making it big in rap in Memphis isn’t just rooted in the city’s musical influences—underneath the glamor, there’s a grimmer side to success.

“Especially the ones who grew up poverty-stricken [in Memphis]. You rap about that stuff and you blow up,” White Station alumnus Dyare Younis said. “Especially with me, a lot of my music comes from living in poverty.”

The shared struggle against destitution coupled with the specific Memphis sound makes for a distinct style of rap whose influence reaches far and wide.

“Memphis has a unique sound. Like with Three 6 Mafia, they really influenced the whole Memphis culture and created the rap culture,” Ethan Christensen, another White Station alumnus, said.

Younis and Christensen, known professionally as D.R.E. and Ethanol, respectively, comprise the up-and-coming, Memphis-based rapper duo dubbed the Draco Bros. Now freshmen in college, the two have been rapping together since their freshman year at White Station in 2015. The duo has earned multiple features from different artists like Lil Migo, and they are well established in the rap scene, performing frequently at various showcases around the city.

“If anybody’s trying to be a rapper… you gotta learn that there’s a lot of sacrifice,” Younis said.