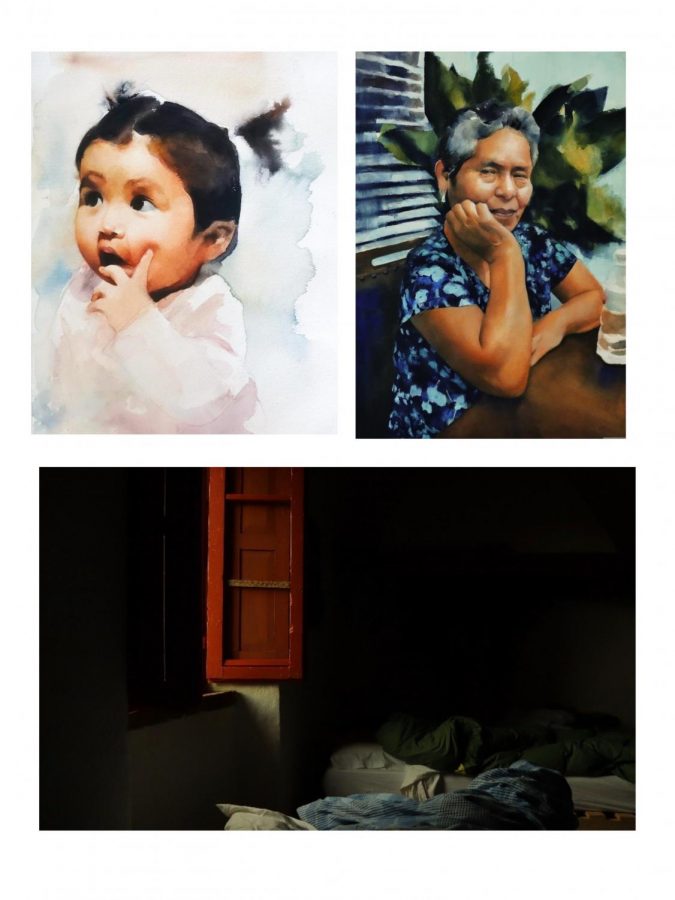 “Evermore,” the title being inspired by Edgar Alan Poe’s Poem “The Raven,” is a shot of a red windowpane shining in a dark room, taken by Campbell. Luna’s watercolor pieces are portraits of her young cousin, and her uncle’s mother eating at a dinner table.

In a dark room, among blow-up mattresses, stands a bright red window pane. Light pours into the room through a window, perfectly highlighting the ruby red pane. Emmett Campell (11) captured this moment by chance. It was just a test shot to Campell, but to the American Vision Awards, it meant much more.

Emmett Campell won one out of five American Vision awards in the region. His piece, “Nevermore,” won the Photography Award.

“Things like the overall composition, the very striking dynamic, the high level of contrast, and the unique approach to the lighting in the room… set that piece apart,”  David Pentecost said.

Anahis Luna (11) entered her water-colored portraits of family members into Scholastic and among other awards, won the American Vision Award in the region as well.

Both Luna and Campell were in shock from winning their awards. As experienced artists, they understand the subjective process of winning awards but are grateful nonetheless.

Whether it’s deliberate work through watercolor or the unintentional capturing of a scene, the American Vision Awards accepts, awards and gives artists the chance to hang pieces at the National Exhibition in New York City during the National Events.

“It’s always the accidental ones that turn out to be your favorite,” Campbell said. “It’s definitely one of my most favorite photos that I’ve ever taken.”