The U of M honor band experience 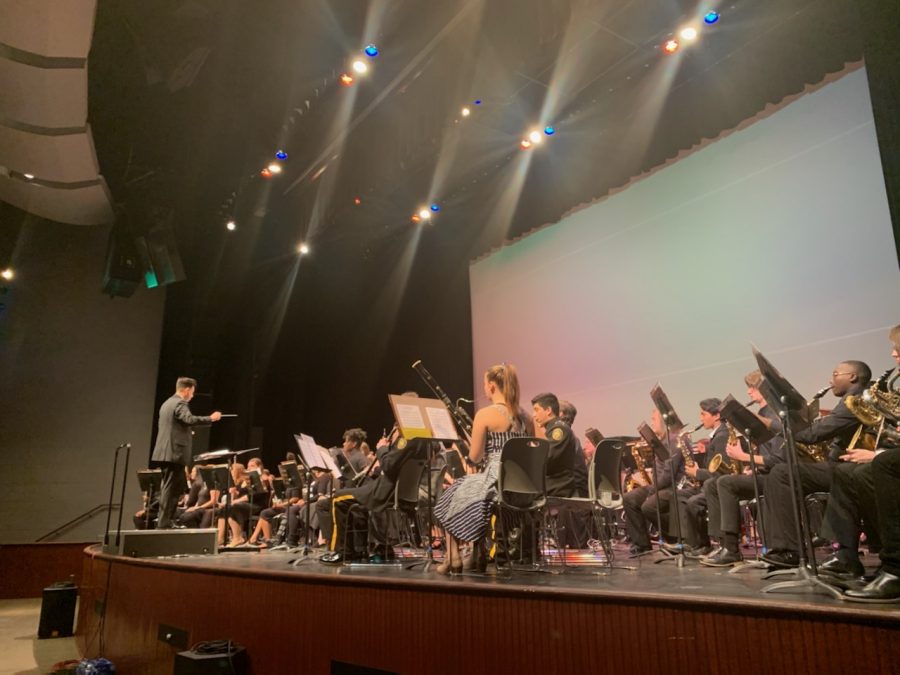 Jacob Campos, director of bands at Franklin High School, conducts the Gray Band for their final performance. Campos was one of two guest conductors who were invited to participate in the U of M Honor Band this year.

There’s a sizable disparity between the musical experience offered in a standard school ensemble and one offered in an auditioned honor band setting. Not only is the overall level of playing higher, but there’s also an intense level of focus, unmatched in the classroom atmosphere.

To provide gifted musicians with the opportunity to play in such a group, the University of Memphis hosts an annual honor band convention for students all over the Mid-South. This year, over 200 students participated in the U of M Honor Band from Feb. 6-8, including seven White Station band students. The three-day convention included a complimentary banquet, master classes, performances from the university’s wind ensemble and jazz band and, of course, hours of rehearsal led by guest conductors.

The U of M also invited renowned composer Steven Bryant to participate in the convention with a number of Bryant’s pieces featured in the final performance repertoire. At times, the conductor personally coached the bands on playing his pieces, while making sure to leave ample time to speak about composing and finding a future in music.

The convention not only allowed students to play with other dedicated and like-minded musicians at an elevated level, but it also gave students a chance to experience the U of M campus, as well as learn more about college and pursuing music as a career.

“You build networks and you build connections. You get to meet other talented students from the region and those relationships last longer. It benefits you as you get to check out the college, this university and what it has to offer. Then you become a better musician, so you can go back to your home programs and be great leaders,” guest conductor Dr. Benjamin Lorenzo said.