Should animals be released back into the wild or kept in captivity?

CON - The argument against zoos and animal captivity 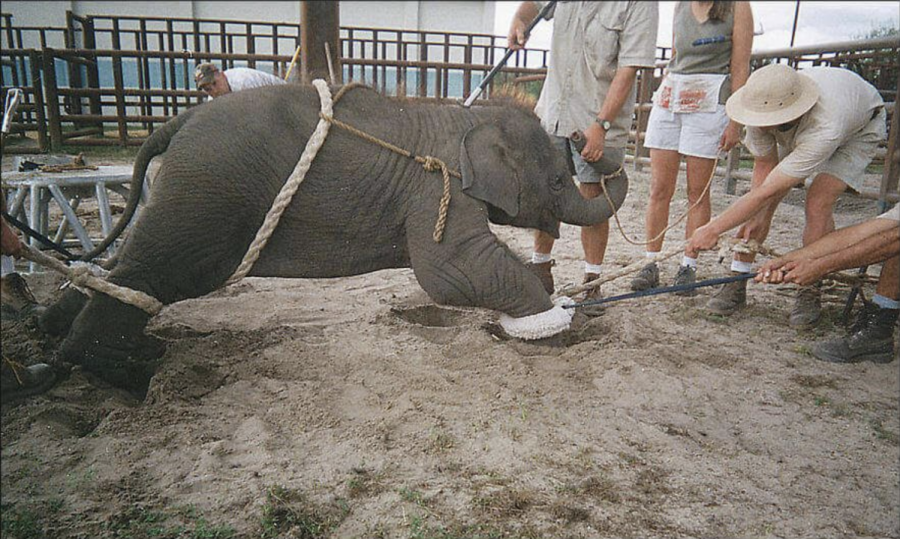 Animals such as this elephant are taken from their families in the wild to be sold to zoos and circuses. They are often caged and chained as well as beat to make them subservient to their owners.

Every child marvels at the majestic roar of lions or the impressive tricks of orcas. Many students, such as Angel Reyes (12), Sophie Floyd (11) and Janona Pirlepelsova (12), have been to zoos or aquariums but now see what they didn’t before: the cruelty of caging animals.

It’s typically believed that zoos began as an educational opportunity. In reality, they were founded by the wealthy as a way to establish dominance and flaunt their wealth.

“Zoos are educational but also not very animal-friendly,” Reyes said. “Caging animals is not ethical because animals are to be free and able to roam as they wish.”

A major concern is that trained animals are harmed while learning their routine. It is difficult to verify what goes on outside the public eye.

One solution is to stop the expansion of zoos completely.

“[Zoos] should just stop taking more animals in because, at this point, the animals already in captivity cannot go back into the wild,” Pirlepelsova said.

An alternate solution is to expand non-profit sanctuaries to replace zoos.

“[Sanctuaries] are way better since they’re actually focused on helping nature instead of just caging animals,” Reyes said. “They are focused on the injured, so that is better for nature.”