What student of the month means for the White Station body 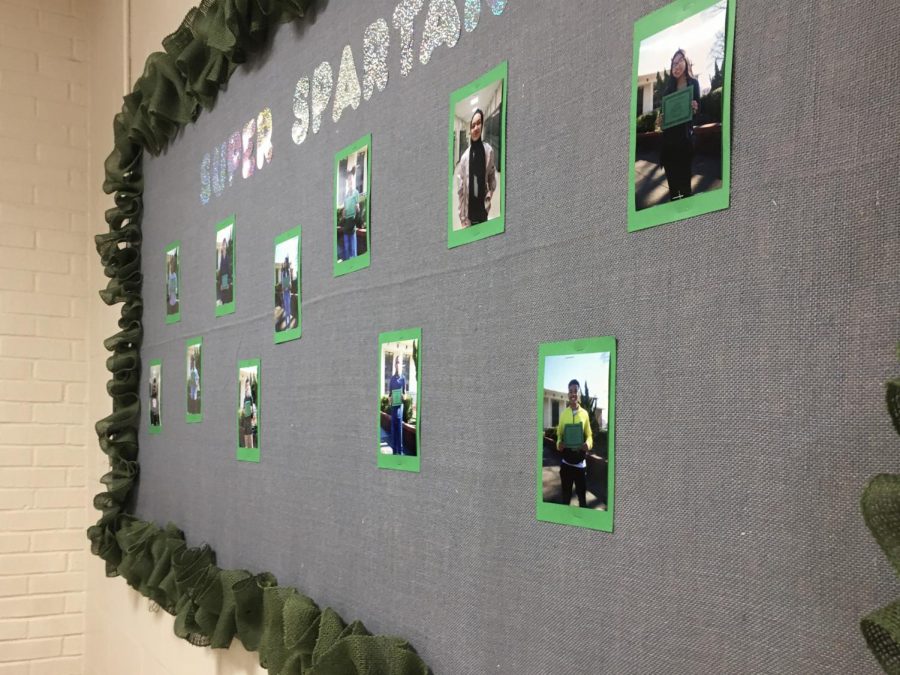 The photos of the Students of the Month are stapled to a green and grey poster, with holographic letters depicting "Super Spartans". Kingston Barber (9), a student of the month, has his photo on the wall along with ten other students. “I get along with the teachers pretty well, I listen...I do my homework, and I have good grades.” Kingston Barber (9) said.

Eleven Spartans from different grades were promoted at the beginning of February as Students of the Month. Being a Student of the Month seems to be prestigious, but the common White Station student may not know what this title entails.

“Student of the Month is something that we wanted to do to start to recognize students at White Station High School,” Carrye Holland, White Station’s principal said. “I have always thought that it is really important to recognize, to point out kids who are doing the right thing, and we don’t do that as much.”

Having your name announced to the whole student body is quite the accomplishment, but Kingston Barber (9) felt humbled when he earned the title of Student of the Month.

“I was a little surprised,”  Barber said. “There were a lot of freshmen that could have been chosen.”

Holland stressed that this plan is in place for everybody and that Spartan Bucks and Student of the Month are open to anyone—no specific criteria needed. Students that fly under the radar have just as much of a chance for the student of the month as any other student with integrity and kindness.

“[We are] trying to create that climate where students want a little bit better for themselves…,” Holland said.