The deeper meaning of memes 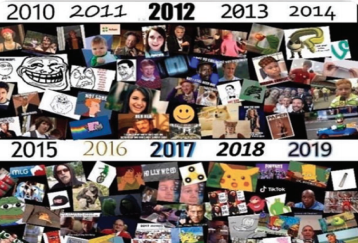 As 2019 comes to an end, memes have changed a lot in the past decade. It started with “Bad Luck Bryan” and “Nyan Cat” and has evolved over the years to “Baby Yoda” and “Vibe Checks.”

A white guy blinking, Spongebob, Pikachu and Peppa Pig. Four seemingly unrelated things that bring up the same image in everyone’s mind: memes. In 2019, it’s hard not to know what a meme is.

Memes are incredibly hard to define but can best be summarized as ideas or jokes expressed through universal content on the Internet, usually in the form of pop-culture references and sarcastic life observations. The relatability of memes makes them spread rapidly across the web.

“We can’t always just type out anything we want to say,” Muaz Khan (12) said. “Sometimes we just have to make it into a joke.”

Why are memes so significant? What about them makes them so desired by today’s culture? People of all ages and backgrounds make or see memes as a way of expressing themselves. The truth is, we all want to laugh. We all want to be a part of the “Internet-wide inside joke.”

“[Memes] really show what the students are actually feeling,” the anonymous administrator of @spartamemes, a popular White Station meme page, said. “Students can send me their memes to show their true feelings about White Station, good or bad.”

There’s a certain joy in creating a good meme. There’s something about people seeing it, relating to it and sharing it. Even if it’s just a meme made from one friend for another, there’s a special bond a meme creates between the people sharing it.

“I have the feeling of contentment that my views are recognized by other people [through my memes],” Khan said. “The idea that I can make other people laugh by making something really stupid also helps me.”

There’s no telling what memes will be like in the distant future or even 10 months from now, but they will continue to spread and be the anonymous “voice for the voiceless” on the Internet.