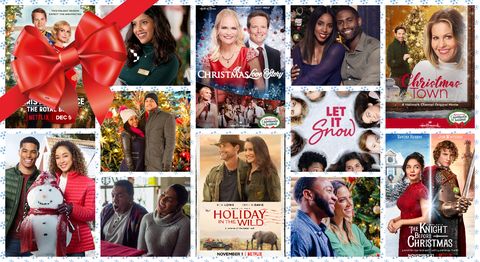 Hallmark is known for its holiday movies that have become a seasonal trademark. This year, over 40 new films were released to the channel. Pop Quote: “The best part about watching a Hallmark movie is it really gets me into the holiday spirit. It makes me feel like Christmas,” Forrester said.

For some, November marks the beginning of the holiday season. A toasty cup of hot chocolate, a crackling fire and flickering candles set the mood as you turn on a movie on the Hallmark channel.

“I feel like you don’t have a Christmas season without watching one or two Hallmark movies,” Kiersten Freeman (11) said.

These movies typically have a leading lady who moves to a small town and finds love or a character rekindling their love of the holidays. These recurring themes can be heart-warming to some but clichéd to others.

“They use the same plot for every movie, and it’s a little bit disturbing how many people watch them,” Ahava Salomon (10) said. “I think Hallmark movies are fine if you enjoy them, but I do not.”

Although Hallmark produces movies year-round, the holiday season sparks a rise in popularity among viewers. Statistics show a steep rise in views from October to December, with the most views in late December.

“I like Hallmark movies sometimes, but I think they are really corny,” Sarah Forrester (9) said. “…the acting is not good at all. They are all really similar. There are different characters, obviously, but they usually have the same basic plot.”

The holiday season brings about different traditions in families, including holiday-themed movies. This brings forth a question: are Hallmark movies overrated or underrated?

“I think they are underrated because they make the holiday season more special,” Freeman said.

Despite the cliches, many people still watch Hallmark movies. Last year, the Hallmark channel made over $6 million from their holiday movies.

“The best part about watching a Hallmark movie is it really gets me into the holiday spirit. It makes me feel like Christmas,” Forrester said.