Fernandez judges a gun debate in We the People class 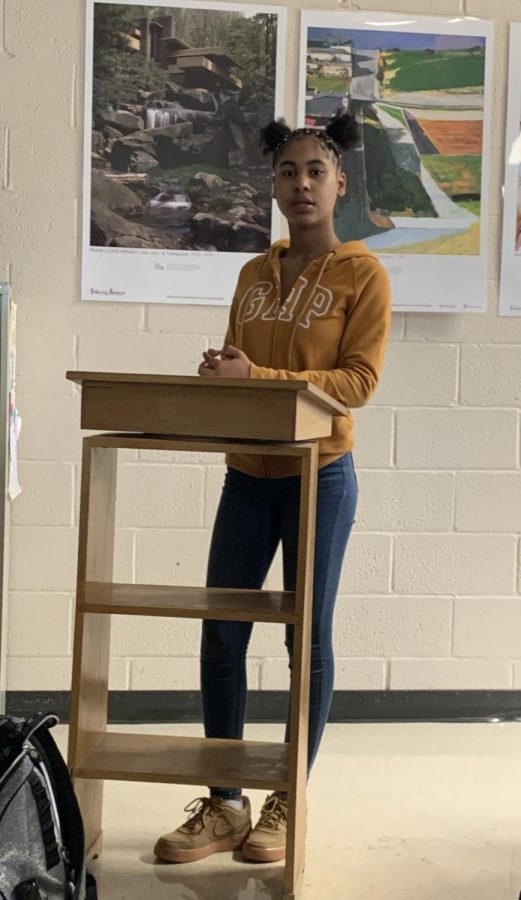 The conservative side of the Gabrielle Giffords Act explains why the police department should not release the name of the police officer involved in a shooting.

For 8 out of 14 years of teaching, Tony Fernandez has randomly divided his class into a liberal and conservative side to debate controversial issues concerning gun reform. Fernandez assigns his classes to debate the made up Gabrielle Giffords Act, an act in recognition of Congresswoman Gabrielle Giffords who was the victim of an assassination attempt. The act includes liberal gun reform stances, such as the repeal of the castle doctrine, longer waiting times for the issue of gun permits and the abolition of the NRA’ s ability to lobby Congress.

“I wanted students to have the experience of thinking on their feet and applying the knowledge with a bit of camaraderie… [I wanted the debate experience to be] as close as we can get to the courtroom,” Fernandez said.

Doing a debate style performance instead of a writing arguments is beneficial for students.

“… it gave us a chance to do rebuttals and think on the spot. You need to be able to do that or else there’s no point in having a debate; you might as well just be sending emails to someone else,” Andrea Sanchez (12), who was on the conservative side, said.

However, there were difficulties for both the students and the teachers. Because the class has 9th through 12th graders, some parts of the debate were unequal because of differences in developmental stages. It was also difficult for some students because they were chosen for a side that they did not agree with.

“[The most difficult thing was that] I didn’t believe in my cause. So, I decided to stop focusing on emotions so much and just focus on the basic law,”  Sanchez said.

While this may be difficult for students, it was the point of the debate to see a different perspective according to Fernandez.

“As a culture, I hope it makes us get back to listening each other, confronting each other, working through it and realizing that having differences in opinions doesn’t mean I don’t like you. That’s true tolerance; it’s not me forcing my opinion on someone else,” Fernandez said.