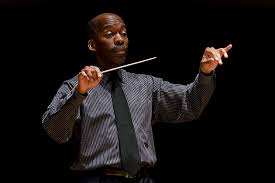 Student participants of the string orchestra festival spent three days on campus working with professional musicians. At the end of their tutelage, they performed a concert of string repertoire under conductor Harvey Felder.

Even as Halloween drew near, Spartan musicians had another focus for spooky season—an honors festival at the University of Memphis’s School of Music. Students were allowed to attend after being nominated and accepted and soon were swept off to campus for seating auditions and rehearsals, a high tempo experience.

Students were able to interact with each other in an orchestra setting as well as in small sectionals and masterclasses, events tailored to each instrument to help students gain more individual and ensemble knowledge. Professionals who were appointed to lead aspiring musician groups included the Ceruti String Quartet, a widely renowned chamber group based at the university, and members of the Memphis Symphony Orchestra.

Not only were the musicians world-class, but the conductor was as well. Harvey Felder, conductor and professor at the University of Memphis, was hailed to assist in the festival for the second year of its three-year duration.

After spending three days at the on-campus clinic from Oct. 22-24, the festival came to fruition in a concert with musical selections from across genres and students from across the city.

“The most beneficial part to me was probably the connections made through the festival…being able to interact with musicians from other schools that enjoy the music the way I do,” Anjali Gahlaut (11) said.