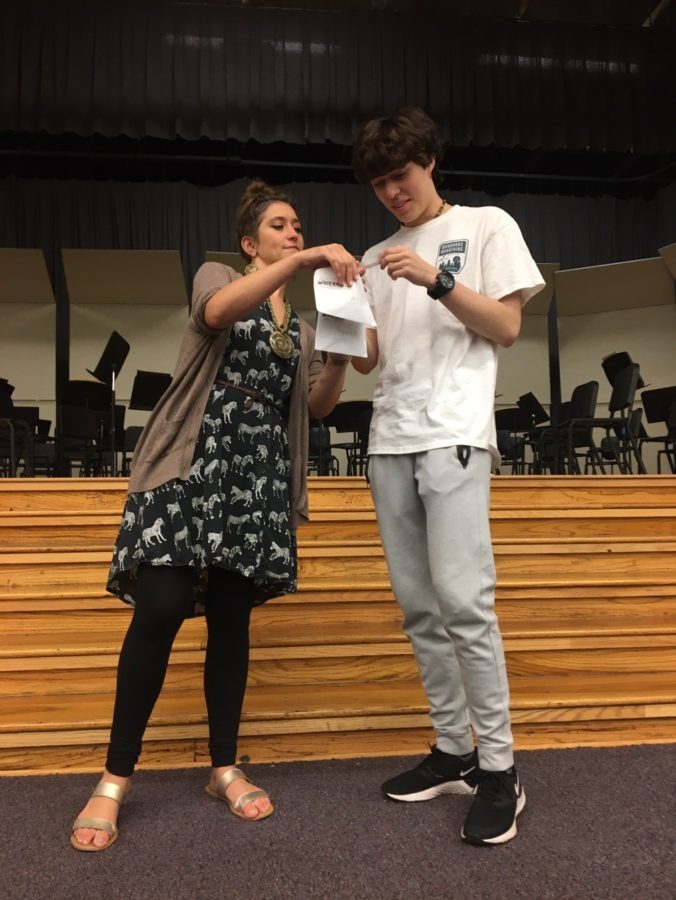 Lena Black instructs Blake Shirley (10) in an acting exercise designed to test the actor’s ability to lean into a character. Black is an alumnus of White Station and was a member of the Thespian Society herself.

The meeting last Tuesday opened with an exercise similar to charades, where students were given one physical trait and one character trait for a character to act out. The student was then tasked to play a character in a mock job interview with Rutkauskas, and the audience’s job was to guess the special details of the character. The exercise showed  the importance of investing yourself in the character.

Emlyn Polatty is the current Thespian Society President and has worked to have professional actors and guests come to her club meetings. “We reach out a lot because Memphis has a lot of good local theatre, and we want to take advantage of the resources we have nearby.” Polatty also says that professional actors and other guests offer a valuable outsider perspective into acting by contributing tips and constructive criticism.