Behind the scenes: how homecoming happens 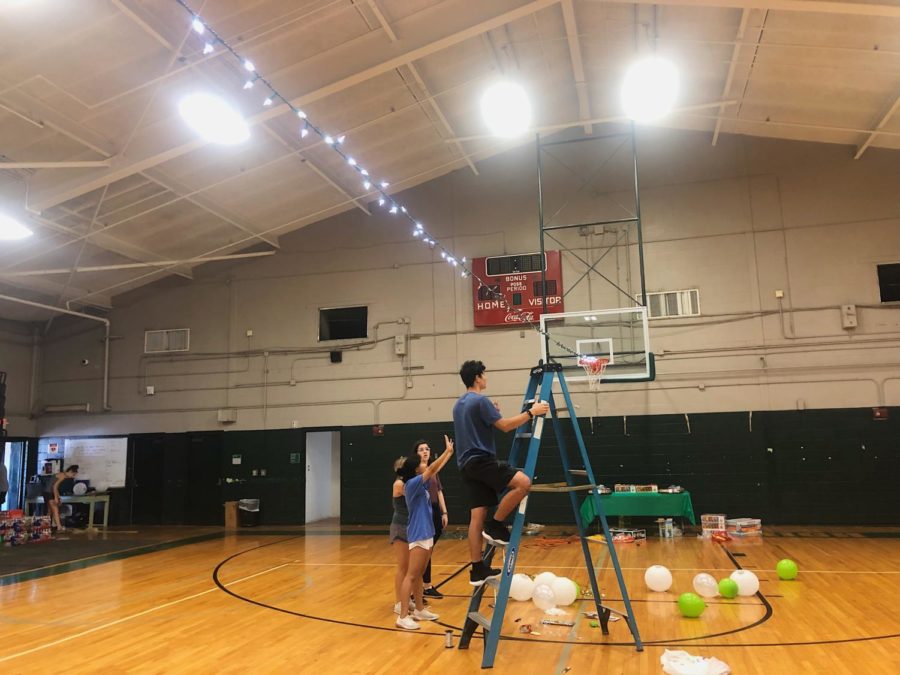 The Homecoming Committee decides how to hang the string lights for the dance later that day.

Movies depict high school through a series of special events: football, dances and graduation. Throw in the occasional mean girl and sappy, romantic side-story, and you have the whole high school package. Except, how do dances come together, and who plans them? At White Station, dances like football homecoming are at the mercy of a senior ready to step up to the plate. Who was the lucky player this year? Darya Orgil.

Determined to have a homecoming dance her senior year, Orgil volunteered to take on the task of planning the dance because no one had stepped up.

“At first [it was a lot of hard work]… because you had to get in contact with the DJ [and] with the photo booth people,” Orgil said. “After you figure out exactly who you want, you just have to figure out the price.”

Because there was no set budget, Orgil requested a checklist from Kate Yelverton, now a Spartan alumni who planned the dance last year.

“We kind of did not have a budget, but we also had to make sure everything went through Holland and that she was okay with how much money we were spending on each thing,” Orgil said.

After weeks of negotiating a lower price from the DJ, finding a donated photo booth and selling over 300 tickets, Orgil can finally enjoy the dance Sept. 28. “I just want people at the end of the night to be like ‘Wow, that was pretty cool,’” Orgil said.