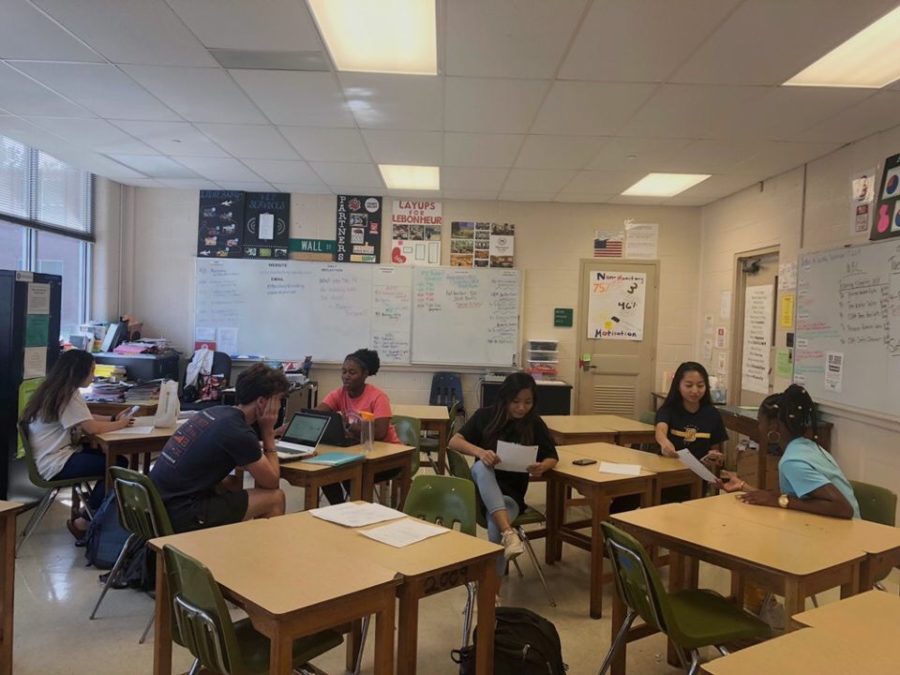 One major goal most classes share is to prepare students for the real world. Believe it or not, classes unrelated to STEM play a significant role in this, especially in the non-traditional ways teachers can impact their students. White Station’s DECA Chapter is rejuvenating its executive board in hopes of developing leadership skills in willing Marketing students.

What exactly is an executive board in the context of DECA? It’s more than just an small group of people with significant leadership roles.

“Their job is to set visions and missions, goals, and objectives and to take them to the board at large, so that everyone is on the same pathway,” Elaine Skoog, DECA Advisor, said.

Whether it’s in a non-profit organization or within the classroom, executive boards boil down to meeting goals and taking initiative. That’s exactly how Skoog determined which students would be members of this team and guide fellow DECA members.

“This particular group of people who have shown an interest want to be a part of this and want to, in a sense, work,” Skoog said. “It doesn’t mean that they do everything; it means that they are able to lead people and able to find people who want to be leaders.”

The skills necessary to participate in an executive board do not end after high school. Skoog’s vision is that, by exercising leadership functions, her students will flourish in their future careers.

“It gives them an opportunity to exercise those skills… They’ll only be that much farther ahead than when they… have their own jobs.”