A day in the life of a JROTC cadet 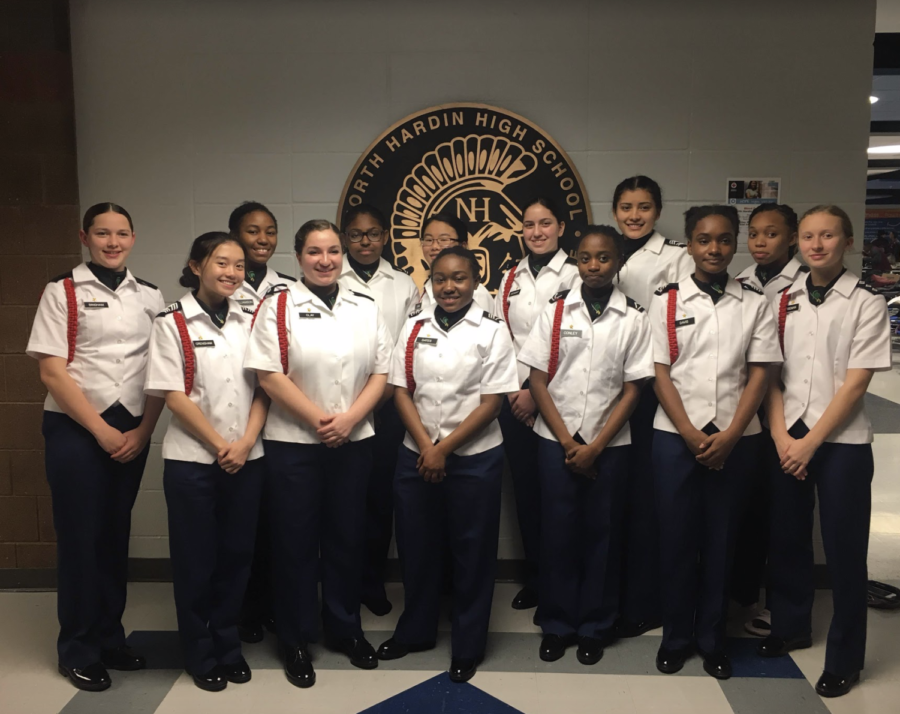 For most students, the most strenuous activity of their school day is walking up the stairs. But for those involved in the Junior Reserve Officer Training Corps, or JROTC, things are a little different.

JROTC is a military-based high school program that places heavy emphasis on character development and leadership. Gavin Marcrum (12) and Monica Williams (11) are two students who have participated in JROTC since their freshman year and have held multiple positions, such as Cadet First Sergeant and Unarmed Drill Team Commander, respectively. As a result, they have become accustomed to the program’s routine and rigor.

“An average week in JROTC consists of two military academic [sic], a uniform, a physical training and a drill day. While it may seem tiresome, most cadets in the program adapt quickly and have no problem with it,” Marcrum said.

They may be able to adapt, but, like other classes, JROTC requires a certain amount of dedication.

“From being in two leadership positions and two teams at one point, while also trying to juggle school work, leisure time and extracurricular activities, it requires a lot of mental commitment,” Williams said.

Regardless, the benefits of JROTC make it worth it for both Marcrum and Williams.

“My freshman year, I had spent some time in a foster home, and while there, most of my friends in the home were a part of JROTC,” Marcrum said, explaining how he was originally drawn to the familial aspect of JROTC.

Over the years, those friendships have contributed to the admiration Marcrum has for the program. This has reflected in the way Marcrum and other cadets carry themselves.

“This is a leadership class, and it teaches the cadets leadership,” Sergeant Major Karen Bolden said. Bolden is the Senior Army Instructor and can attest to how lessons about discipline are shown in the demeanor of the cadets.

Sharing this sentiment, Williams believes JROTC has been one of the most profound experiences of her high school career.

“I think it definitely sets me apart, because we take away different outlooks on life just like students of any other major club,” Williams said. “I’ve gained a specific type of leadership skills, specific life skills and specific curriculums you don’t get outside of ROTC.”