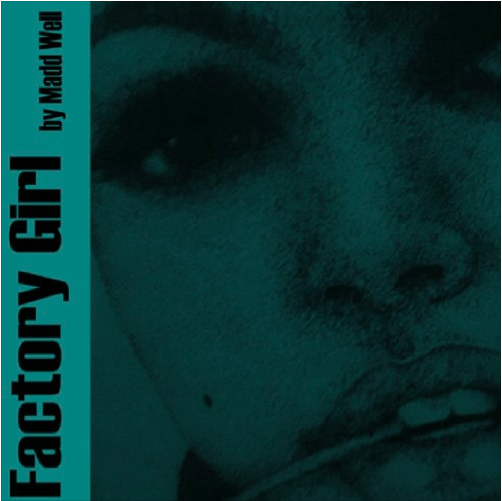 This is the cover of Caldwell’s song “Factory Girl” published six months ago on SoundCloud.

Despite being a novice banjo-player, Madelynne Caldwell (11) has performed on stages all across Memphis. The singer-songwriter regularly shares her favorite form of self-expression at many diverse venues.

Teaching herself via the internet, Caldwell has learned the guitar, ukelele, keyboard and the harmonica and is now onto mastering the banjo, an instrument she has been playing since August of 2017. She was inspired by Valerie June, a local musician, to learn the banjo after falling in love with its sound.

“It’s like a little form of expression. It’s an outlet, and it works, so I stuck with it,” Caldwell said.

Not only does she play instruments, but she also composes songs. Keeping the identity of her muses secret and staying original are some of the obstacles Caldwell faces when she writes songs.

“Trying to come up with things that aren’t written already is a difficult part, too,” Caldwell said. “I like to say all my favorite musicians already stole my words.”

Although she plans to start a band soon, Caldwell performs alone at most events. After making her debut at Memphis Italian Festival in mid-2017 with her guitar and ukulele, she has played at local restaurants like Java Cabana and Growlers’s “Open Mic Nights” and performed at the Cooper Young Festival with nationally recognized bands. Becoming familiar with performing and relating to her audience has helped Caldwell overcome stage fright.

“I had to learn to channel my nerves differently and get more energy when I play, rather than being so concerned with what everyone else is thinking,” Caldwell said.

Although she paints, Caldwell depends on music to express herself, specifically the banjo because of its unique sound.

“It’s kind of like the difference between reading and writing poetry: it’s a very different thing,” Caldwell said. “It’s a more outward expression.”