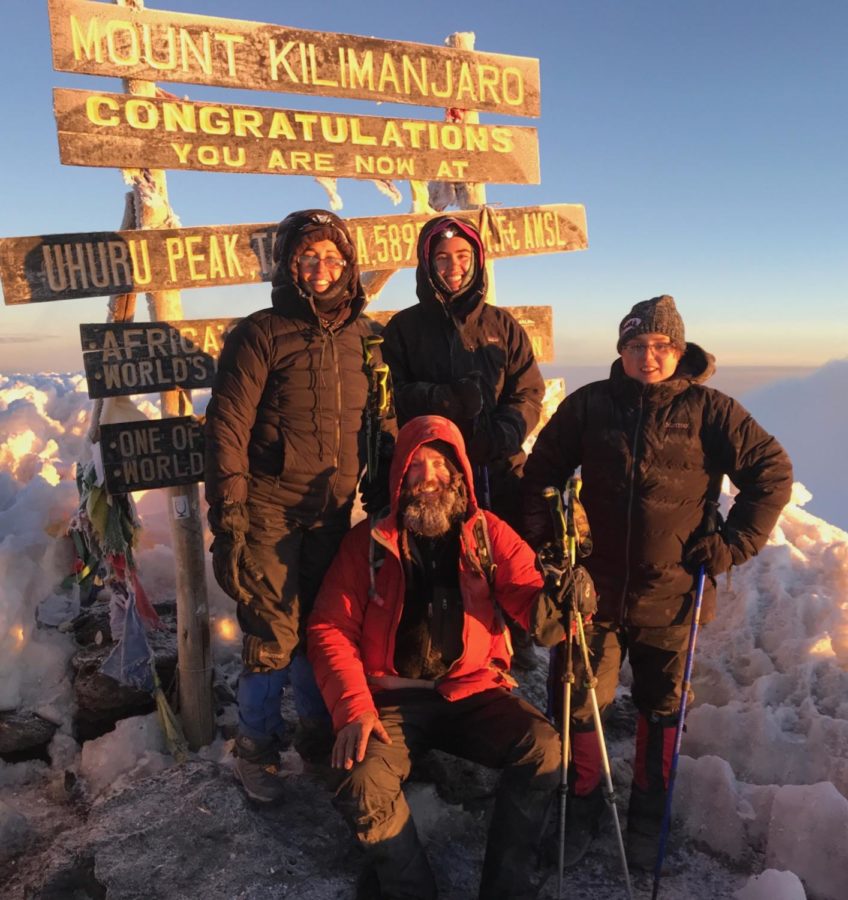 Standing on the summit of Mt. Kilimanjaro, Zoe Wolfe (10) poses with her family after completing the final day’s eight mile hike. Wolfe is one of the few Spartans who undertook an intensive hiking experience this summer.

Everyone searches for that mountaintop experience at some point in their life—that moment when the hard work and perseverance comes into perspective, when nothing seems impossible. This summer, Angela Carter (12) and Zoe Wolfe (10) spent countless hours testing their physical limits as they dedicated weeks of their summer to summit some of the world’s greatest peaks, in search of that mountaintop experience.

It all started when Deerhill Expeditions in Colorado reached out to Challenge Memphis, a youth leadership program in which Carter is involved. Starting a three week leadership expedition program, they offered Carter a chance to be part of the pilot.

In the weeks leading up to the trip, she was nervous. The outdoors were not her forte, and she was not sure how she would handle it physically. But she was also anxious to be a part of something special.

For three weeks, Carter’s days were filled with three to eleven hour treks through the mountains, altitude sickness and sore legs, but they were also filled with camaraderie, meaningful conversations and unforgettable moments.

“It was really tough on my body, but the experience was definitely worth it,” Carter said.

She found that the time spent unplugged from reality back home prompted much self-discovery.

“It gave me a lot of time to think about the future…and it was a good way to kind of put your life in perspective,” Carter said. “I think the one thing I really took away was to appreciate everything I have around me.”

For Zoe Wolfe, her mountaintop experience took her over 8000 miles and 48 hours of travel overseas to Mt. Kilimanjaro in Tanzania. And she hadn’t even started climbing.

The first few days of the journey took her above the treeline, above the clouds and to the base of the lava tower. Wolfe said she did not have many problems during these hikes, but summit day was a different story.

After eight hours of hiking up gravel, snow and ice, she completed the seven mile trek. When she reached the peak, the sunrise broke across the horizon. She had been awake for over 36 hours.

Looking back on the journey, her appreciation for the trip was different from what she originally expected, and like Carter, it has taught her to treasure every opportunity.

“[The journey] made me want to hike more and see more of the world,” Wolfe said, “but it’s also made me realize how good I have it.”