Go Hardaway or go home: the future of Tiger basketball 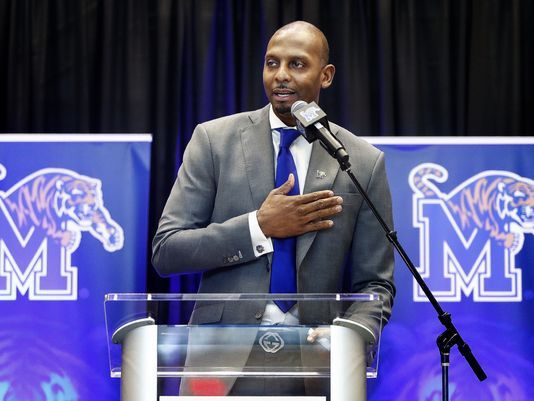 Penny Hardaway signs on as the head coach of the Memphis Tigers men’s basketball team.

It is the second game of the Final Four. In a well-fought battle, the Memphis Tigers beat the UCLA Bruins 78-68. With high hopes of bringing home the title, the Tigers then move on to 2008’s NCAA championship game against Kansas under Coach John Calipari, only to be defeated at the very end. Unfortunately, the Tigers have not seen a chance for the NCAA championship since then. The new hope is that Penny Hardaway, former shooting guard for the Tigers themselves and NBA star, will bring them back into the spotlight of the NCAA.

Just about every fan of the Memphis Tigers is overflowing with the excitement of having Hardaway as a coach.

“We have a lot of work to do, but I think Penny can do it. I think he’ll be able to definitely mold with the cards he’s dealt,” Cooper Turman (10) said. “He’ll hopefully make us a better team, but it’s definitely gonna be a multi-year process.”

As far as how Hardaway will stack up against former coaches Josh Pastner and John Calipari, fans are certain that his recruiting skills will top those of both successful past coaches.

“I think he’ll have more success than Pastner because he’ll be able to recruit at the level of Pastner,” Superfan Curt Rakestraw said. “I don’t know that he could surpass what Calipari did here because Calipari took us to three Elite 8’s and a Final Four. If he can get us the best players, maybe we’ll make it back to the Final Four.”

Perhaps bringing on former Memphis Grizzlies small forward Mike Miller as the assistant coach for the Tigers will also aid recruitment. Above all, Tigers fans are yearning for the refreshing excitement Hardaway’s reign is projected to bring.

“He’ll bring a boost in interest because people are excited again already, and people haven’t been excited about the games in a long time,” Rakestraw said.

Along with increased attendance at games, perhaps the Tigers will benefit financially if Hardaway’s coaching skills prove to be as successful as hoped.

How will the 2018-2019 season go? No one knows, but we will all sit on the sidelines and watch what happens.

The Commercial Appeal on Penny Hardaway