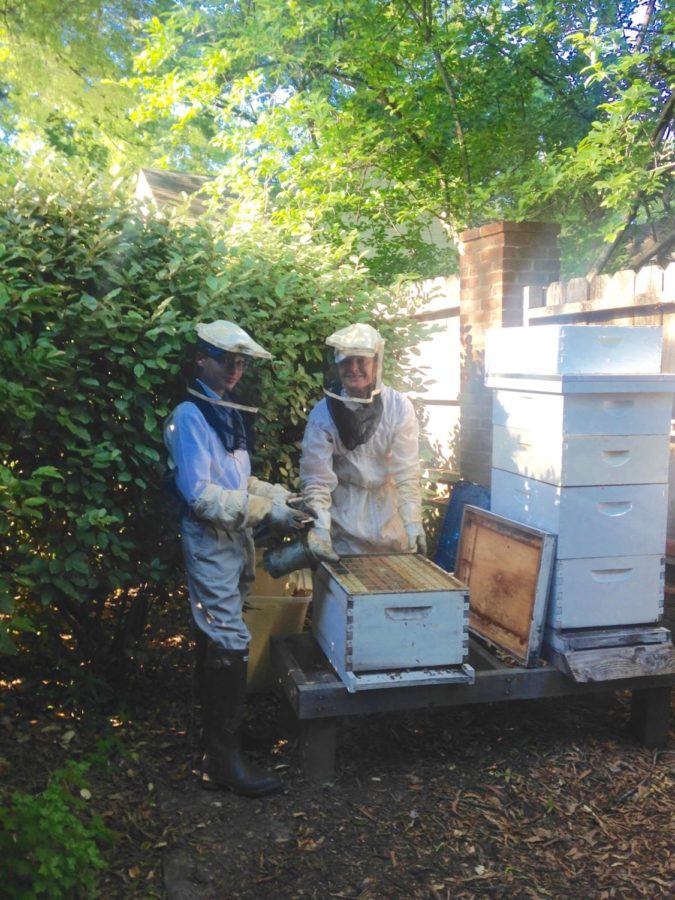 George Metcalf (10) and his mother, Corrie Metcalf, collect honey from colonies in their own backyard.

A buzz fills the air. George Metcalf (10) and his mother, Corrie Metcalf, are in their backyard doing something unique. They are harvesting honey from their own bee colonies.

For the past six or seven years, Metcalf and his family have owned two bee colonies in their backyard.

“We just thought it would be really cool and interesting and we like honey a lot, so we use it in our cooking,” Metcalf said.

Twice a year, during the months of July and August, Metcalf and his mother put on their white beekeeping suits and harvest the honey from the colonies. First, they use a smoker to make the bees drowsy, so that they won’t be tempted to attack them. Then, they take out the super, which is a box with frames inside of it that hold the honey. Finally, they scrape the honey off and store it.

In order to be able to officially sell the honey, a license is required. Metcalf and his family do not have a license; however, they do give some of the honey they collect away as gifts.

Mrs. Robyn Maxwell, one of White Station High School’s Algebra II teachers, has tried some of the Metcalf’s honey.