Youth in Government paves the way for student-led political participation 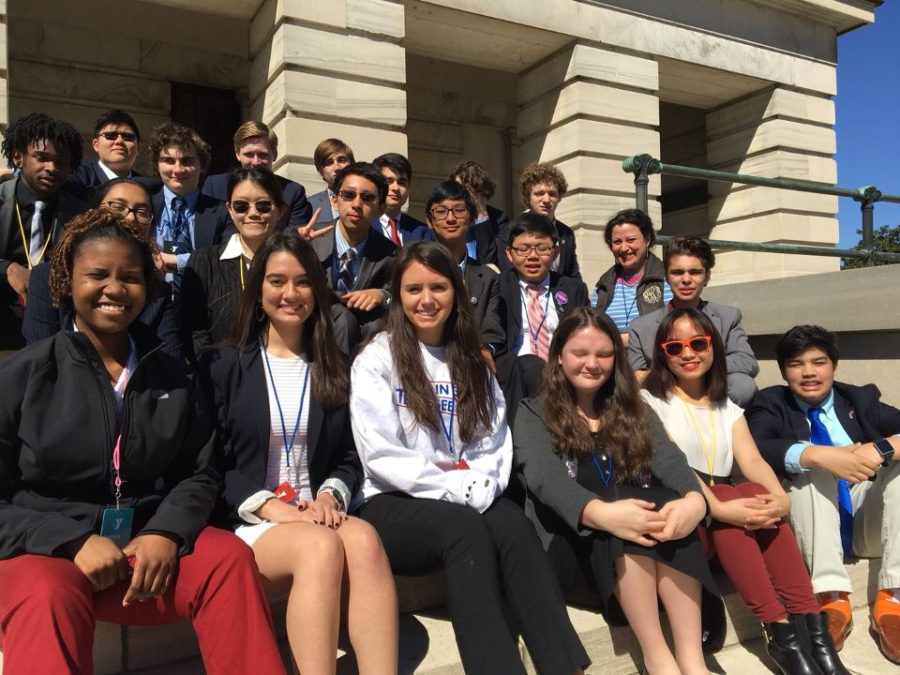 White Station YIG delegation poses for a picture on the steps of the Tennessee State Capitol Building.

“I’m just a bill. Yes, I’m only a bill. And I’m sitting here on Capitol Hill.” School House Rock’s “I’m Just a Bill” details the journey of a bill, but in Youth in Government’s case, there are both bills and students making their debuts in congressional committees.

Tennessee’s Youth in Government, YIG for short, has become the premier organization bringing high school students to the forefront of lawmaking in the United States. Unlike other competing clubs, YIG offers students the opportunity to create and present their own bills as well as run for officer positions in a mock-government setting.

“In Youth in Government, you can actually write bills that can be made into law,” YIG sponsor Mrs. Kannady said.

On March 1, YIG members headed to the Capitol Building in Nashville for their state competition during which, Tennessee students debate over proposed bills. Like our current government, students are placed into the judicial, executive and legislative branches. The legislative branch is broken into six groups: the Blue House and Senate, the White House and Senate and the Red House and Senate. Over the course of competition, the goal of the bill team is to get their bills passed through the executive and legislative branches. Bills deemed qualified by actual Tennessee House and Senate members can then be presented in the real Tennessee state legislature. White Station YIG members came back with several awards, including Keyarash Hatamzadeh (12) whose invitation to the Youth in Government Conference on National Affairs marked the first White Station YIG member to participate in such an event.

The skills acquired from participating in YIG has given many students confidence in public speaking and broadened views of political procedures.

“[YIG] gives you a good insight to the inner workings of the state government system,” Callum Heath (12) said. “You can see how people pass bills and the negotiation that has to happen.”

The White Station Youth in Government delegation has grown from a team of two to 20 members, and as the years go on, it will continue to grow and inspire students to change the world around them.

“YIG is just an eye-opening experience,” Jake Du (9) said. “You get to learn a lot of things you can use down the road.”