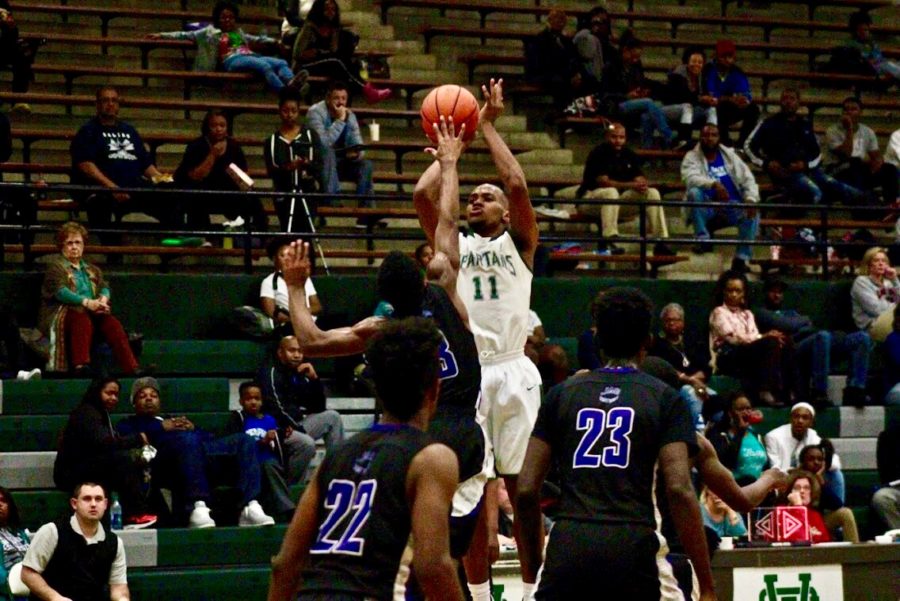 A common theme of dominant talent in White Station basketball has run over the courts of the Spartan Palace ever since the dynamic duo of Chris Chiozza and Lebron Black in 2014. This year is no different with Braxton Winford (12) and Allen Hatchett (12) providing some vital senior leadership this season. Expectations are high for this duo to bring a competitive presence to White Station’s backcourt in the 2017-2018 season.

“I plan to take on the role as a captain and mentor some of the upcoming talents that White Station has this year,” Hatchett said.

With the departure of key seniors last year, including Adam Price, Aarin Strother and Michael Watkins, younger players will have to step up this season in order for the Spartans to succeed. Competition this year will also be stiff with the Spartans facing competitive teams such as East, Central and Whitehaven High School.

“Kevon Woodley (11) is a talented young player, and I believe he will get the job done this year,” Winford said.

The off-season is all about working on skills, size and strength, and this off-season was no different for senior combo guard Winford.

“This summer I spent a lot of time working on my jumper and isolation game,” Winford said.

“My goal is to make it to state and win it all,” Hatchett said.