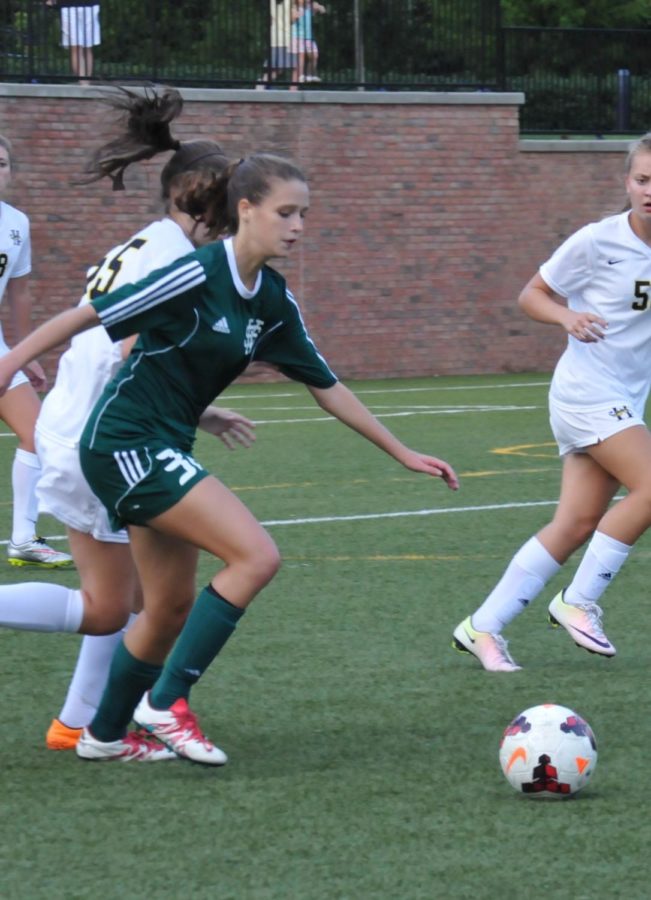 Rachel Wilkes in action against Hutchison.

Eat. School. Soccer. Repeat. Unfortunately, that all changed for Rachel Wilkes, a member of the White Station girls’ soccer team when she sustained a traumatic head injury.  One dive to save the ball from being scored resulted in a concussion that has sidelined her, not only from soccer, but also from school.

“My mindset after the injury was to just keep playing and stay focused on the game. I did not tell anyone that my head hurt and went to the next practice,” Wilkes said.

A desire to keep playing and a disregard for the serious injury resulted in the downhill spiral of her condition. Eventually, she got assigned to Homebound, a program which helps prepare students under special circumstances to return to regular school as soon as possible.

“At this point, my concussion has impacted every aspect of my life. I can’t go to school,” Wilkes said.” I just got cleared to begin exercising after 8 months of rest. I can’t drive due to double vision.”

Life at home is quite different, as expected. While Wilkes studies the same curriculum as regular students at White Station do, she only sees a Homebound teacher twice a week. In addition to seeing doctors, the soccer player spends much of her time in physical therapy; homebound has allowed much time for rehabilitation.

“On a positive note, I have had to realize that there is more to life than soccer,” Wilkes said, when asked if she could see any positives in the situation.

The hard work that Wilkes is putting in on and off the field is contributing to the possibility of playing soccer again some day. In the meantime, the hope is that Wilkes can return to school in January.