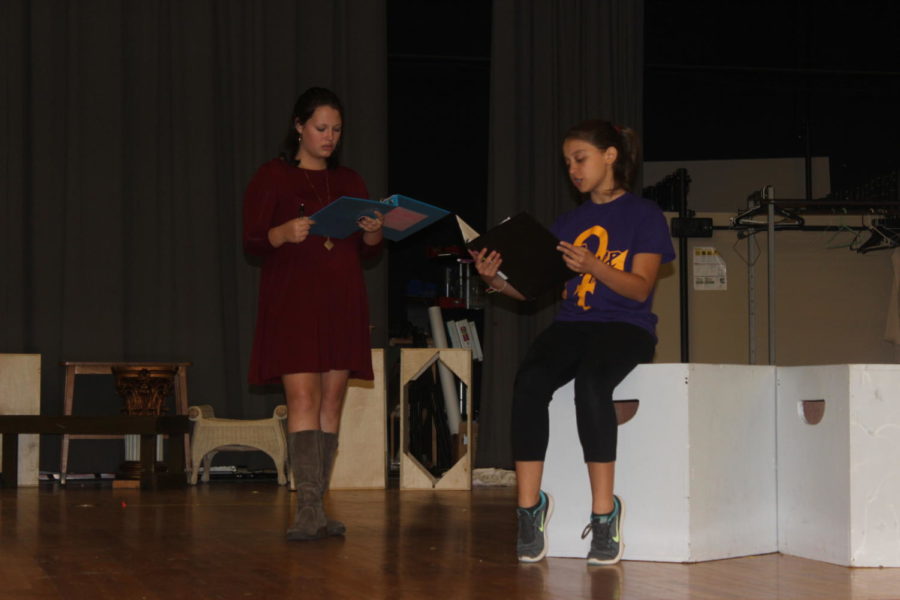 A decree. A noose. And therein lies the most crucial element: the witty theatric faces behind it. This winter, fifteen White Station students will perform “Antigone,” a play following Creon and Antigone’s political arguments. Antigone is a female advocator of individual rights, yet Creon is strongly in favor of the state.

“The discussion of individual rights versus states’ rights and where is the middle ground and who’s right and who’s wrong, where does one start and where does the other begin,” the director and White Station’s theatre teacher Brandon Lawrence said.

The script follows Jean Anouilh’s 1943 adaptation, which was common ground in Nazi France.

“You had high-ranking Nazi officers sitting in the front row cheering on Creon…meanwhile in the back of the house, you have the French resistance, who are cheering on Antigone,” Lawrence said.

Socrates’ version is read throughout the school’s English classes, but this modern version holds its alterations. One prominent change is Creon’s gender. Although originally written as a man, Creon will be performed as a woman.

The effects on those reading the play range from new perspectives to animation.

“Well, like Shakespearean works, this show was meant to be performed, not read,” Chloe Zelinka (11) said.

The director gives another hope.

“You want [the audience] to understand where [Creon and Antigone] are coming from, and how both are in a no win situation,” Lawrence said.

The cast is a diverse bunch with fresh and experienced talent.

“This is the first thing I’ve ever auditioned for,” said Marley Meitzler (11), who auditioned for the third guard. In contrast, Chloe Zelinka (11) has been involved in every White Station show since her enrollment.

Even with the script, actors and ambitions, the play is incomplete. The technical theatre classes’ semester project is the play’s set, as some crew and cast members are enrolled in the class. The play has no intermission and will be performed Dec.1-3.