Why Memphis deserves a better reputation 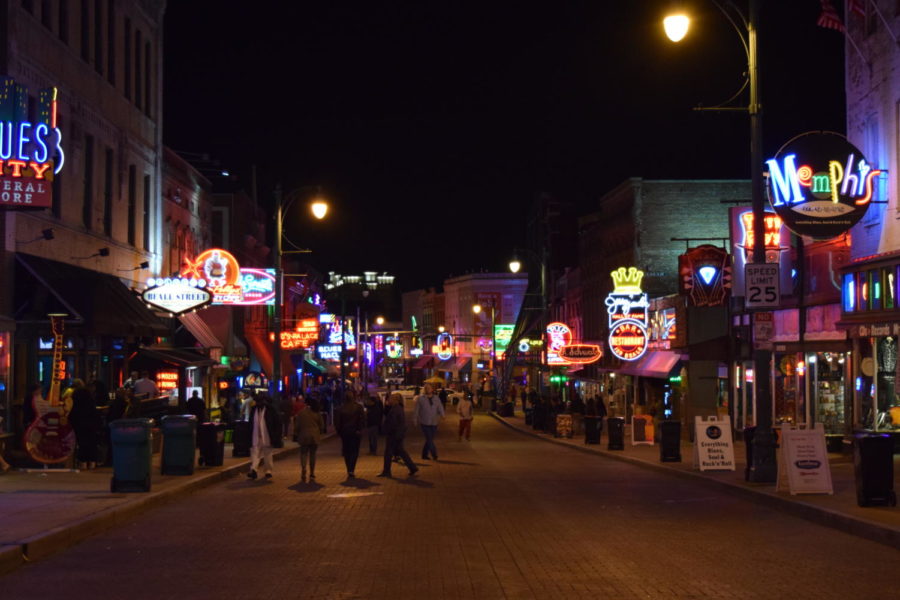 Memphians and visitors enjoy a night out amidst the lights and music of Beale Street.

Crime. Poverty. Underdevelopment. For some, these words come to mind when they hear the name Memphis, Tennessee. But for others, it’s culture, it’s atmosphere, it’s the people. Like any city, Memphis has room for improvement, but Spartans cherish the originality and life of the city.

Recently, a number of areas in Memphis have been redeveloped into popular places for younger people to congregate. The hot spots among White Station students include Overton Square, Cooper Young, and Beale Street.

“Memphis is lovely,” Marissa Pittman (10) said. “People don’t understand that when you go to bigger cities like New York or D.C., you can’t get that home feel like you can in Memphis.”

Not only has the new development brought more people together, but it has put a spotlight on the atmosphere and feel of the city that many know and love.

Despite the range of trendy hang-outs, a number of people, both residents and nonresidents, tend to focus on the shortcomings of the city. Stigmas like the high poverty line and crime rate make Memphis less appealing to outsiders.

Although Memphis’ crime garners attention, Memphians fail to recognize that every city suffers from the same issues, some even at a greater intensity.

The city is currently experiencing stymied population growth, but recent redevelopment in the business sector bodes well for the future.

“Memphis has a lot of potential,” Pittman said. “If we can channel that potential into something that can grow and be nourished, then that’s great.”

What it is like to grow up in Memphis