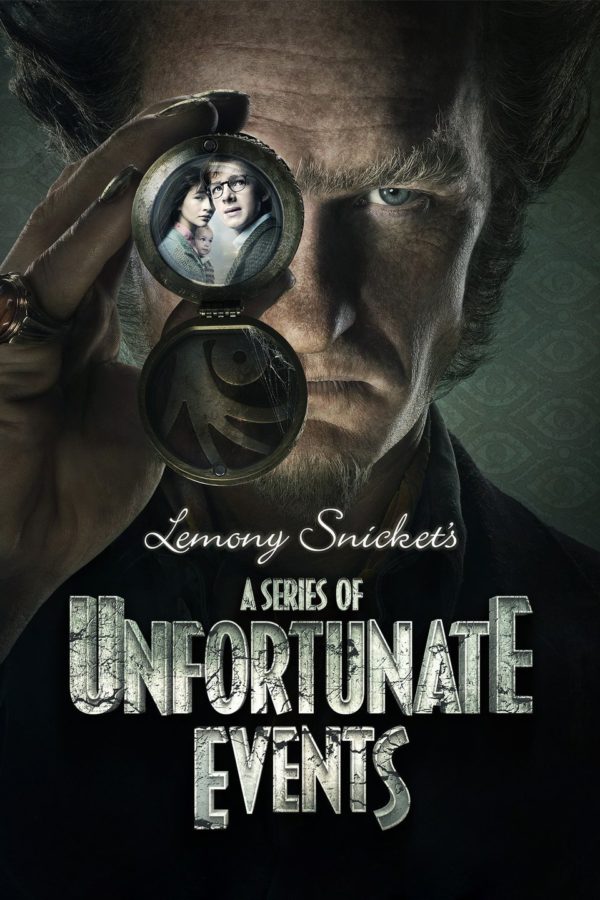 Netflix's "A Series of Unfortunate Events"

Netflix is well known for creating award-winning shows, like “Orange is the New Black” and “House of Cards.” Netflix streamed the first season of “A Series of Unfortunate Events,” a total of eight episodes on January 13, 2017.

The show is narrated by Lemony Snicket (Patrick Warburton), who explains the terrible struggles that the Baudelaire children face time and time again. The Baudelaire family is known for their wealth and intelligence, mainly in the youth of the family. The children are highly intuitive and innovative, creating several inventions with their different skills from literary to mechanical.

Orphaned and homeless, the Baudelaire trio is transported by family banker, Mr. Poe (K. Todd Freeman), to the tattered home of Count Olaf (Neil Patrick Harris), their distant relative. Count Olaf hatches several devious plans trying to acquire the Baudelaire family fortune including disguising himself as a woman and even going to the extent of trying to marry 14-year-old Violet.

The show was adapted from a series of books written by Daniel Handler. Handler published “The Bad Beginning”in 1999, the first of twelve editions. The plot is based on Count Olaf’s mischievous schemes to get the Baudelaire fortune, but the outcomes are rather humourous. The adults are completely oblivious to what’s happening which adds more drama to the plot.

“I really enjoy how the author draws the readers in,” Sion Henry (12) said. “I can’t recall ever disliking anything about the books.”

In 2004, the book series was adapted into a movie starring Jim Carrey as Count Olaf. “Jim Carrey was hilarious,” Henry said. “He made Count Olaf a much more comical character, which diminished his [evil nature], but there’s a limit to what an actor can show when three books are stuffed into a two-hour long movie.”

Daniel Handler was actually replaced during the production of the film. Brad Silberling became the new screenwriter, Handler being completely pushed aside until he Netflix approached him to work on the show. When asked why he decided to work on the series during an interview with Jackson McHenry of Vulture, he commented, “Because they asked me very nicely. Netflix approached me and said, “We think episodic television might be the better way to do this and we can structure it in the following way.” That made a lot of sense to me, so that was attractive to me.”

Once the show streamed on Netflix, comparisons between the shows, books and film came to light.

There were also comparisons between the actors.

“The show was good, but Neil Patrick Harris does not play Count Olaf like Jim Carrey.” Vicky Potter (12) said.

“A Series of Unfortunate Events” is a dark comedy that takes a certain sense of humor to appreciate. The show is rumored to stream its second season on Netflix in January 2018.