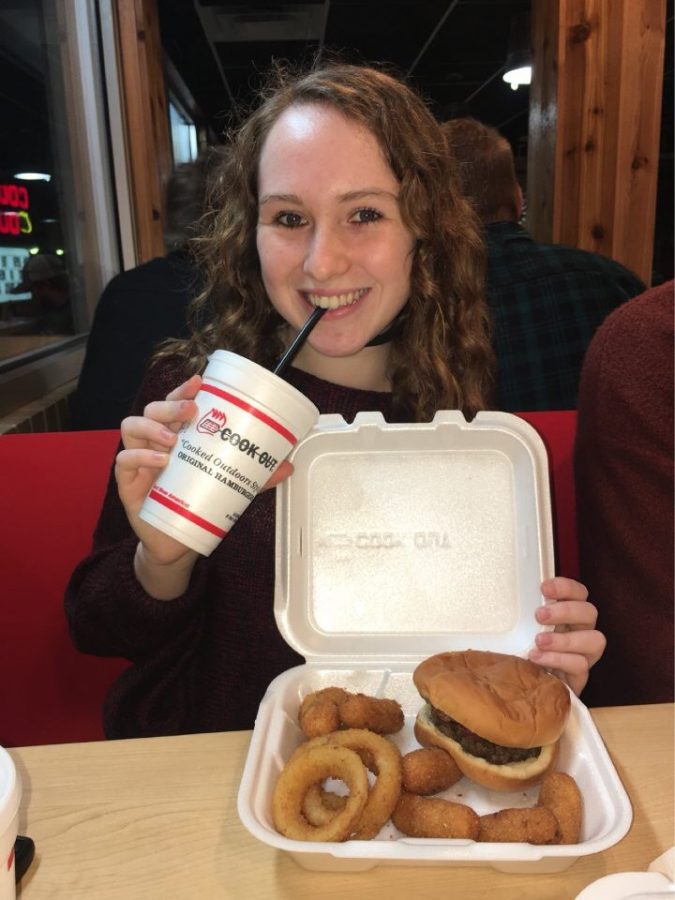 There are plenty of fast food chains all throughout Memphis, from Wendy’s to Steak and Shake to Chick-fil-A. One new restaurant, however, has caught the attention tons of White Station students and people citywide. Located at 757 Highland Street, Cook Out has brought a brand new image to the Memphis fast food scene.

After opening in December of 2016, Cook Out has received floods of customers. The restaurant has a varied menu that includes burgers, hot dogs, barbecue and chicken. There are also 40 different milkshake flavors to choose from, ranging from Peanut Butter Fudge to Orange Push Up. The best part about Cook Out is that it is affordable. A customer can get an entree, two sides and a drink for $5.

When I visited Cook Out, I could not believe how packed it was. Cook Out had the Wendy’s parking lot wiped clean. I had to wait about 10 minutes before I could get into the parking lot. After entering, I had to wait in another line, adding five more minutes to the trip. When I got to the register, I ordered a BLT burger along with french fries and one of their signature milkshakes– Oreo flavored. The order only cost $5.39, which was impressive because Chick-fil-A would charge twice as much for that amount of food.

The staff was very friendly, making up for the long wait.

“My favorite part about Cook Out is definitely the service,” Aali Yarbrough (11) said. “It’s comparable to Chick-fil-A,”

Booths and tables were filled with groups of all ages, giving the environment a family-friendly vibe.

The food was fantastic! I had never eaten a better BLT, the french fries had the ideal amount of seasoning, and the milkshake was so thick, I had to wait for it to soften before drinking it.

“My least favorite part about Cook Out is their portion,” Yarbrough said. “Some of their items are kind of small.”

“You get what you pay for.” Sean Laughlin (11) said when comparing Cook Out’s burgers to those of Five Guys.

Other criticisms include that Cook Out’s quality differs from many of its competitors.

Overall, Cook Out is a great place for students who don’t want to break the bank on a burger and fries. The overwhelming crowd can be a bit of a deal-breaker, but it is obvious that Cook Out has caught the attention of Memphis students.

“Cook Out is so amazing, [from] to the good food to the fun atmosphere all around,” Margaret Asher (12) said.