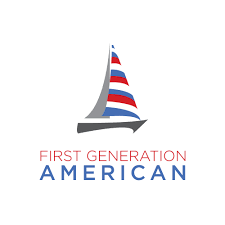 Along with the students being from another country they also speak different languages such as: Twi, Hindi, Arabic, Chinese, Japanese, Vietnamese, French, etc.

In White Station, since there are numerous first generation students who  are having to be mixed in with American culture, and there are differences between our and their parents’ cultures even on private things such as relationships.

“Since I was born and raised in an American culture, and my parents were brought up in an Indian culture a main difference between us is our opinions on relationships. They were raised upon forced marriages and not dating, and while they are not opposed to me choosing who I marry they’re opposed to dating.” Avi Dixit (10)

A common pressure for most first-gen students are that they have to succeed through education to meet their parents or relatives’ expectations.

“In my culture, since the move to the US was so big, there was an automatic expectation of me to do well, and to do excellent things with my life. This has been my mission since I’ve reached White Station, and that is to succeed.” Brittany Mensah (11)

These thoughts from first-gen give the feeling of determination, but sadly some have experienced humiliation for their cultures.

“I’m from Iraq, and I’m Muslim so I have to wear a headdress. For this I’ve received comments about me blowing up a building or being called a terrorist and sometimes worse.”

Fortunately, even though they might receive humiliation, the students feel pride in being multicultural, and  having a connection with their homeland.

“I am proud of who I am and sometimes I like to reflect that on myself.” Arjun Raj (10)